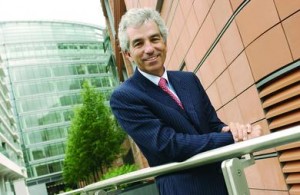 Jonathan Russell, the global head of buyouts at UK firm 3i, has been named as Helmut Schühsler’s replacement as chairman of the European Venture Capital and Private Equity Association (EVCA).

The move was officially announced at the EVCA’s annual symposium, which this year was held in Madrid. Schühsler, managing partner of German venture capital outfit TVM Capital, held the position since summer 2007.

Russell joined 3i in 1986 and has been closely involved with EVCA for many years. From 2000 until 2005, he was chairman of EVCA’s buyout committee and a member of the association’s executive committee.

Russell said of his new role: “The private equity industry also needs to demonstrate that it is committed to self-regulation on corporate governance, reporting, valuation and transparency if we are to avoid having the scope of the industry’s operations substantially affected. This is going to be a year of pressure and of change and I intend to do everything I can, with the EVCA Secretariat, to ensure that that change does not inhibit the continued success of the private equity industry in Europe.”