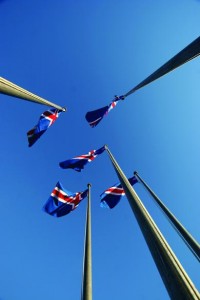 In September 2003, Refresco’s previous shareholders concluded that they were unable to fund the company’s expansion plans and initiated a sales process. The enterprise value of the deal when 3i acquired Refresco was €246m, with institutional funds investing €69.2m for a 78% stake in the business.

3i decided to invest in Refresco because it was operating in a rapidly expanding market. At the time of the deal, European consumption of private label fruit juices and drinks was growing by 4% to 6% per annum.

Shortly after investing, 3i introduced Alan Peterson to the board as chairman. A former CEO of Meyer International, Peterson has acted as a mentor to the management team and been responsible for integrating Refresco’s various companies into one single European business. Alan also introduced improved controls, systems, and budgeting processes whilst bringing new, enhanced levels of corporate governance to the boardroom.

3i has supported Refresco’s buy-and-build strategy throughout the investment. With the help of 3i’s team in Finland, Refresco acquired Finnish private label market leader VIP Juice for €22.5m in 2005. The purchase enabled Refresco to enter the Finnish market and provided access to the Russian and Nordic regions. 3i also supported Refresco’s acquisition of Interfruit, a leading Spanish national juice business.

During the two and half years of 3i’s ownership, Refresco increased its EBITDA by 42%, leveraged its gross margins on products from 8% to 12%, and enjoyed organic growth of 10% per annum. Refresco reported EBITDA of €64m for 2005, some 20% above its original plan.

Menno Antal, managing director of 3i Benelux, said: “During our investment we proactively developed the operational side of the business, introduced a highly experienced chairman to the board and used our network and portfolio to help the company target opportunities in both Western and Eastern Europe.”