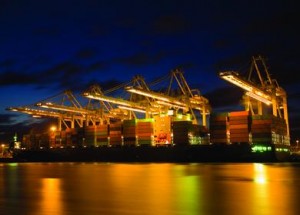 The sale is part of a US$220m to US$250m recapitalisation of Dockwise to deleverage the company ahead of a planned listing on Euronext. The new debt-to-equity ratio will move from 75:25 to 50:50.

3i sold its stake for NOK7.70 per share to a group of three investors: HAL (11.7%), the Dutch arm of investment company HAL Holding, and which already owns stakes in marine companies; Project Holland Fonds, a €200m joint fund between Rabobank and Delta Lloyd; and Sankaty Advisors, the fixed income arm of Bain Capital and an existing debt holder in Dockwise.

Andre Goedee, CEO of Dockwise, said of the deal: “The new shareholders bring in a more balanced shareholder register with alignment of shareholder interest in the company. The fact that the new major shareholder has a maritime background and a reputation as a long-term shareholder is of significant importance to the momentum of the company in its strategic development.”

The company plans to IPO on Euronext Amsterdam in the first week of December. It has been listed on the Oslo Stock Exchange since 2007, shortly after it merged with Dutch peer Sealift.

Peter Wit, CFO of Dockwise, said: “With this transaction we are moving from an LBO situation to a sustainable corporate balance sheet, where we’re targeting for 2010 and 2011 a net debt over EBITDA of 2.5 coming from close to 3.5, excluding the transaction today. In addition, we bring on to our shareholder roster a number of new long-term shareholders, replacing the single position of 3i. And last, but not least, we are enhancing liquidity and the access to the capital markets through our Euronext Amsterdam listing.”

3i backed a buyout in Dockwise in 2006 in a deal that valued the group at US$700m from Dutch offshore services company Heerema Group and Norwegian maritime group Wilh Wilhelmsen. At the time of writing, the company’s market capitalisation was NOK401 (US$72m).