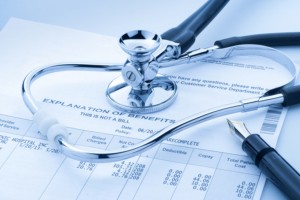 ArchiMed Group expects to announce its fourth platform acquisition by the end of the year as part of a flurry of activty at the healthcare-focused firm, Managing Partner DenisRibon said.

The European buyout specialist has been deploying its first fund at a quick pace after spinning out from 3i Group last year.

Ribon said ArchiMed, which is based in Lyon, France, is the first European private equity shop to specialize in healthcare deals in that region. The firm now has 10 investment executives and two support personnel, and it hopes to hire an executive to improve its coverage in Germany, he said.

“In the U.S., you have some healthcare-focused firms, but there’s been no equivalent in Europe,” he said. “We are pioneering this concept.”

Ribon, who led the healthcare practice at 3i for a decade, co-founded ArchiMed in March 2014 with Vincent Guillaumot, also a former 3i executive.

ArchiMed closed its first fund, Med I FIA, with 150 million euros (about $170 million) in June, with Triago as a placement agent.

The firm targets investments of 3 million to 30 million euros and looks to build up sector leaders in businesses that offer ample opportunity for consolidation.

Among its fresh deals, ArchiMed in September paid an undisclosed sum for RehabWorks, a provider of health, injury and rehabilitation management services for companies and insurers in the United States. As part of the deal, ArchiMed also folded in Right Corecare, a mental health services carve-out from the ManpowerGroup, addding it to RehabWorks. The combined platform has revenue of about 10 million euros.

Also in September, ArchiMed paid an undisclosed sum for a significant minority stake in Primo, an operator of dental clinics in Italy. The company generates about 10 million euros a year in revenue and has been growing earnings at a double-digit rate as a consolidator in the space.

ArchiMed lined up both Primo and RehabWorks through propriety processes. It did not use debt in either deal.

The two acquisitions came after ArchiMed bought Lausanne, Switzerland-based Medistream, a manufacturer and marketer of orthopaedic implants, for 12 million euros, in its inaugral buyout in June 2014.

Looking ahead, Denis said ArchiMed may be close to a new platform deal in the United Kingdom, but he declined to be more specific.

ArchiMed has drawn interest from U.S. healthcare companies planning growth moves in Europe, and the firm may work with them, Denis said. It may consider investing in U.S.-based companies in its second buyout fund.

The firm’s LP base includes investors from Europe, the Middle East and the United States. ArchiMed did not receive any backing from 3i, Denis said.