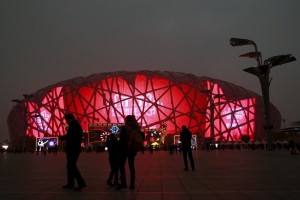 PAG hurdled over its hard cap to raise $3.66 billion for its second flagship private equity fund, according to a Form D filed with the SEC on Dec. 29.

The filing likely represents a final close. The firm did not respond to a request for comment.

The firm set a $3 billion target with a $3.5 billion hard cap for PAG Asia II, Washington State Investment Board spokesman Chris Phillips said in an email. Washington committed up to $200 million to the fund at its December 17-18 meeting.

At $3.66 billion, PAG II is more than $1 billion larger than the firm’s debut private equity fund, a $2.5 billion 2012 vintage fund. PAG Asia I netted a 16.8 percent internal rate of return and 1.3x multiple as of June 30, according to the California Public Employees’ Retirement System.

PAG was founded in 2002. Its private equity team is primarily known for its investments in large scale buyouts, having recently acquired real estate service provider Cassidy Turley for a reported $1.1 billion earlier this year. PAG was part of an investor consortium that included TPG and Ontario Teachers’ Pension Plan.

Action Item: To learn more about PAG, visit its website at www.pagasia.com