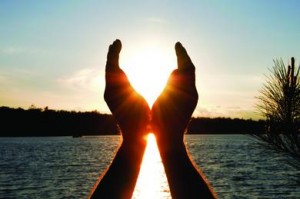 At a time when good news is scarce, the sale by Sofinnova Partners of French aortic valve replacement device developer CoreValve to US trade buyer MedTronic will do much to cheer its limited partners. At a price tag of US$700m, the deal sees Sofinnova net the largest return it has ever achieved in its near 40-year history – ten times its money.

But the deal is more significant than just that. For those in European, and particularly in French, venture capital, it demonstrates to the wider world that early stage investing in the continent can be highly successful. “The CoreValve exit shows people that European venture is not dead, even if some had buried it long ago,” says Antoine Papiernik, managing partner at Sofinnova. “If we continue to invest in exciting new technologies and in talented entrepreneurs, then ultimately we will have good exits.”

He adds. “It is high time that we had an exit like this. VC guys here were unable to return cash at a time when buyout investors were pouring it back to investors.”

Sofinnova was the sole investor in CoreValve’s 2003 €4.5m A round of financing and remained its main investor in subsequent financings, when it was joined by Apax Partners France, HealthCap and Maverick Capital. The company has gone from being a start-up based in Paris at the time of Sofinnova’s initial investment to commercialising its product in 2007 to having implanted nearly 2,600 valves.

Venture firms in Europe, and particularly in France, will be hoping that the sale will make limited partners sit up and take notice of VC. “The CoreValve exit will help attract interest and focus on venture capital,” says Charles Letourneur, co-founder of Alven Capital. “It shows that even in difficult times, venture firms can sell at a good price.”

Sofinnova will also be hoping that the news will help it with its own fund raising. The firm has so far reached a first close at €205m and is targeting €330m for its final close, although Papiernik says it is an uphill struggle. “I would like LPs to be optimistic about investing in us and other VCs. We have good exits to show, but most LPs are in difficult positions. They have just received their December numbers and so aren’t ready to listen to funds out raising, particularly venture capital funds. We are making progress, but it is excruciatingly slow. We just have to be patient.”

Yet, fund raising aside, Papiernik and other VCs are confident about the French VC market, both in terms of structural issues and activity levels. “The French venture capital market has matured immensely over the last ten years,” says Papiernik. “Firms have learned from their mistakes. This may not yet be apparent in the number because of the three, four or five-year time lag. If you look at the numbers alone, France can’t compare with the US; but if you look at reality, things have changed. The surrogate markers of success, such as the quality of management teams have improved beyond recognition.”

“The market has remained pretty active,” says Letourneur. “We’ve managed to complete five deals since we raised our last fund at the end of 2007. While some areas are not doing as well in the current environment, such as consumer-related companies and Internet travel, there are others that are not affected and some are even doing better because of it.” He points to portfolio companies such as Companeo, which helps small and medium-sized businesses buy non-core equipment over the internet and ProwebCE, which provides software on medium-term contracts to works councils.

The current environment is also creating new opportunities for French VCs. “We’re seeing more mature companies coming to us that might otherwise have tried to raise debt funding either from banks or in conjunction with a private equity fund,” says Letourneur. “We are looking at these as well as companies on the stock exchange that can’t raise capital. We may be able to provide additional cash or help them de-list.”

The figures back up these reports of good activity. The second half of 2008 saw a total of €556m invested by French venture capital teams, according to L’Indicateur Chausson Finance, only slightly down on the €563m in the same period for 2007. In fact, French VCs invested the highest amount in 2008, with a total of €1.03bn, since the dot.com bubble in 2000.

In addition, the tax advantages for retail investors of investing in an FCPI structure or the newly formed FIPs, which offsets the Impôt sur la Fortune (payable by those with assets and cash worth over €790,000), has filled the coffers of these funds, providing a form of growth capital not available in many other markets. “These have raised significant amounts of money,” says Letourneur. “This is good for the French market as it provides capital for more mature companies.”