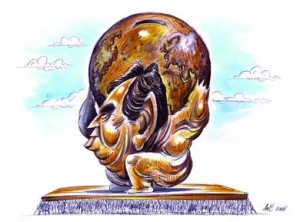 From Mr Bean to the saviour of the capitalist system, it’s been quite a month for Gordon Brown, who has never looked more confident in his prime ministerial role since he took over last summer.

The £500bn bank bailout plan has been widely lauded by economists and governments across the world. Although it was more Alastair Darling’s (as well as a team of advisors) idea than his, Brown isn’t likely to let that stop him taking the plaudits. Even if it fails, it was the best option on the table, one which even the US is following.

For private equity, it means little however. Just because a number of the UK’s largest banks have accepted the offer doesn’t mean they are going to start lending again. They remain closed for business, and we will likely not see an LBO of significant size – say over £800m – until the latter half of next year at the earliest. See page 6 for more on this.

The solvency guarantee offered by the UK government had little to no effect on the confidence of the market on the strength of the British banking sector. So the banks are in a similar situation to before Brown’s bailout plan.

Private equity sponsors have two choices: follow the banks’ lead and sit it out, or start investing larger equity stakes. This idea has been kicked around since summer 2008, but apart from a handful of deals, it’s yet to be established as a recognised trend. There seems little sign this is going to change, meaning there are going to be a lot of deal doers out there twiddling their thumbs or playing solitaire on their PCs. Staff motivation is a serious issue for all firms, especially the bigger players with over 100 staff. What are they doing with their time at the moment? Turn to page 7 to take a closer look at the problems facing private equity bosses.

The rest of 2008 is a write-off, both for private equity and the wider financial market. But things could still get a whole lot worse. It all depends on how consumers respond when they hit the high-street for their Christmas shopping. By the time we hit February, private equity, with its high exposure to the retail sector, could be facing problems more severe than bored associates.