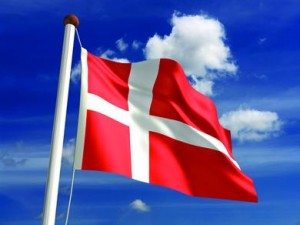 Debt issues continue to be at the forefront of top-level debate on private equity in many European countries and proposed legislative change in some northern European countries could result in buyout firms having to rethink deal economics completely as some regimes covering tax deductibility on interest payments on loans are about to undergo sea changes.

Germany and Denmark are two very different economies but what they do share is recent announcements on curbing the shortfall in tax revenue that their respective finance ministries want to ‘claw back’ from private equity-backed companies whose tax bills have been largely written off of due to offsetting interest payments on loans against taxable income.

Danish company , which posted revenues of DKK 47.4bn for 2006, went from being a major payer of corporation tax in the year before it was bought by a private equity buyout consortium to a very marginal payer of tax to the Danish state when it was bought out, its accounts show. That is all set to change, however, not just for TDC, but for other private equity-backed companies as Denmark takes a relatively harsh view on interest deductibility, outlined in upcoming legislation.

The word from deal makers in Denmark is that some banks are already looking at deal structures and debating whether they need to be restructured, while there is talk of some lenders considering invoking early termination clauses on some third-party bank loans.

Following fierce criticism from Danish industry and political battles internally in the Danish Government on its proposal for limiting the deductibility of interest and other items, the Danish Ministry of Taxation has now announced that there is political agreement on a revised proposal containing the elements set out below. The actual bill was presented to the Folketinget, the Danish parliament, on April 18.

The revised model contains five elements: the reduction of the company tax rate to 25% (from 28%); limited deductions of financing costs; reduced depreciation rates for buildings and particularly durable operating assets; adjustment of the CFC regime; and adjustment of the taxation of individuals’ share income.

“The general impression is that the new law will be adopted before the summer recess in July; it’ll probably come into force in May,” says Arne Møllin Ottosen, a tax partner at in Copenhagen.

A new, and still only summarily described, model for limiting the deductibility of interest has been presented by the Danish Government that will cover any net financing costs in excess of DKK20m. Net financing costs not exceeding DKK20m annually are to remain always deductible. In total, taxable dividends, capital gains and losses on shares may be taken into account when calculating net financing costs.

The existing thin capitalisation regime will be expanded to apply to all debt – as opposed to only controlled debt which is the case at present – and becomes an absolute ceiling for deductible financing costs. Deductible financing costs may not exceed an amount calculated as an annual, variable rate of interest of 6.5% (for 2007) on the basis of the tax value of the debtor company’s assets.

“The new regime introduces a general disallowance of interest payments if you exceed 6.5% of the company’s assets,” says Ottosen.

The tax value, as opposed to the market value, of the debtor company’s assets must be used when calculating the ceiling and net outstanding debtors and the value of work in progress, but only 20% of the value of shares in foreign subsidiaries may be included on the asset side. Fluctuations attributable to currency rates and other items may either be excluded or carried forward for up to three years to be set off against subsequent gains.

“Denmark is a relatively small jurisdiction with some particular issues and with less of an international focus than other countries,” says Tim Hughes, a tax partner at in London.

However, Denmark’s Government has made it clear that it does not like the fact that it is paying subsidy to companies that are not paying tax in the country.

“Even though these new rules will only apply from July, they will also apply to financing structures that are already in place. Whether this will have an effect on future deals is hard to say,” says Ottosen. The net result is that “private equity funds active in Denmark will be undoubtedly hit.”

Whether other European countries are inspired by these new laws in Denmark is impossible to say, but there is a consensus view that only countries that perceive their economies to be more domestic-focused, like Denmark’s, rather than a fully fledged member of the international business world, are likely to follow the example of the Danes.

On March 14, Germany’s Government approved a draft corporate tax plan which is scheduled to become effective on January 1, 2008. The reform seeks to create a more competitive tax environment for companies by reducing the nominal tax rates, avoid further erosion of the tax base in Germany by limiting in particular the amount of interest companies can deduct from their taxable income, and limit the use of loss carried forward by remarkably tightening the change of control rules.

“Notwithstanding the reduction of the tax rates, the intended limitation of the deduction of interest would result in a notably higher effective tax burden on leveraged financing structures in Germany,” according to law firm .

This move to clamp down on the tax-deductibility of interest payments has resulted in the () warning that other governments could follow Berlin’s lead and restrict the growth of private equity-backed companies in Europe and of the European economy at large.

However, Peer Steinbruck, Germany’s finance minister, is also cutting the corporate tax rate burden for corporations from 38.65% to 29.83%, consisting of a corporate tax of 15% (currently 25%), a solidarity surcharge of 0.83% (5.5% of the corporate tax) and an average trade tax of 14%, as well as closing loopholes that he considers wrong.

For corporate income tax purposes, Germany’s proposed bill outlines that an interest surplus – the difference between interest expenses and interest income – is only deductible up to 30% of EBIT. The exceeding interest surplus can be carried forward to following fiscal years and can be deducted in these years under the same prerequisites. The current thin-cap rules for shareholder loans will be abolished.

However, there are three proposed exceptions to this limitation: the €1m exemption limit; the ‘no-group clause’; and a sufficient debt/equity ratio.

Interest expenses are fully deductible if the interest surplus of the corporation does not exceed €1m, but anything above this, event one cent, will be caught by the new rules.

The limitation clause only applies if the corporation seeking the deduction of interest belongs to a group of companies and it is assumed if the corporation is or could be part of a consolidated group for accounting purposes, or the financial and business policy of the corporation is factually controlled and coordinated together with one or more other business entities. It is currently uncertain whether private equity funds or a master Luxembourg SARL would qualify as head of a group, tax lawyers have indicated.

If the ‘no-group clause’ is not applicable, the general limitation rule can only be avoided if the debt/equity ratio of the German corporation is not lower than the overall debt/equity ratio of the group that the corporation belongs to. However, according to the draft bill, only a shortfall of one% is accepted. The relevant ratio will be mainly determined according to international financial reporting standards (IFRS); under certain circumstances the US generally accepted accounting principles (GAAP) are also applicable.

No grandfathering rules are provided for in the new regime. Therefore, it would not only have immense impact on the structuring of newly set up leveraged transactions but on established structures as well. For those structures, an application of the current thin-cap rules on third-party loans is very often avoided by using the present narrower understanding of a recourse loan, which is basically only assumed in a back-to-back financing structure.

Also, another part of the counter-financing of the tax rate reduction will be tighter transfer pricing rules, especially regarding a change of functions.

Although there will be further discussions during the parliamentary processes whether these rules are too tight, it seems to be more likely than not that the new law will be implemented, lawyers agree, following a final decision in the German parliament which is planned for July 20, 2007.

“I think the amount of countries that will follow suit in Germany’s example will be relatively limited. Discriminating against one element of the economy, that is private equity, is not what tax authorities do,” says Tim Hughes tax partner at PWC in London.

Whereas Germany’s moves to introduce a new Private Equity Law has introduced uncertainty and unease, others are interpreting the German Government’s approach as one that is bringing the country’s framework into line with other major economies, such as the UK.

Private equity and scrutiny are now familiar bedfellows in the UK and the industry is even singled out by the Government for special attention outside of the remit of the Chancellor of the Exchequer (finance minister) Gordon Brown’s recent Budget.

The industry was singled out in a March speech given by the UK’s Economic Secretary to the Treasury, Ed Balls, in which he confirmed that the ability to deduct interest on loans taken out for business purposes from taxable profits is regarded as an industry norm, not only in the UK but internationally, and it confirmed that that principle is not under scrutiny in Britain.

“Ed Balls’ investigation into private equity is limited to looking at shareholder debt and I don’t think there are currently any plans to limit any third-party debt,” says Hughes. “I think the UK will come to conclusion that the present tax situation is suitable for private equity.”

For the time being, the private equity industry in the UK can only wait for the Government to take the lead on the subject. But the question is raised about just what else needs to be addressed in all reality.

“Private equity is already subject to the normal transfer pricing rules, so it is difficult to know what the UK Government would do further, unless it decides to do something like limit the availability of taper relief,” says Tracy Fisher, a partner at in London.

“One of the questions being raised is whether Europe will follow the UK and apply transfer pricing rules on a domestic basis,” says Fisher.

However, the issue of transfer pricing in the UK could be set for some amendment in the coming months if a case brought by HM Customs & Revenue against DIY retailer is successful. A success for the Revenue could herald greater scrutiny of the transfer pricing rules, the details of which, some lawyers say, were not applied to highly leveraged deals in the past and are now rules that do not cope with the latest generation of leveraged deals.