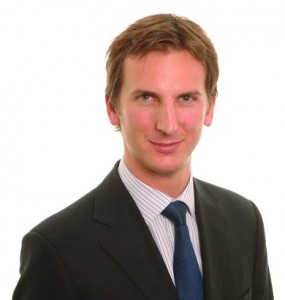 The award, which was presented at the London Hilton, recognises individuals under the age of 35 who have made a significant impact on the early stage investment market. The judges were looking for evidence of the ability to source deals from a strong network, to assess opportunities, to manage the due diligence process and to close deals in difficult circumstances. They were also looking for an individual with a reputation for providing valuable support to portfolio companies and who has played a significant role in driving the venture capital industry forward.

Having been named as one of the ten ‘young VCs to watch’ at the Awards in 2004 and 2005, this years judges were impressed by Mott’s achievements over the past 12 months. During this time, David has increased his investment team to eight, been involved in 12 investments, seven of which as a lead investor, been involved in three AIM listings and has helped several portfolio companies to expand internationally. The panel, which included venture capital experts from firms such as Benchmark Capital, Amadeus Capital Partners and MTI Partners, commended Mott for his professional work ethic and his entrepreneurial nose for actively building the profile and reputation of Oxford Capital Partners.

Mott said: “It has been a successful year. The firm has expanded and we have made some great investments. I am grateful to my colleagues for their dedication and support.” Others shortlisted in this category were: George Whitehead of Nesta, Stephen Lowery of 3i, Max Bautin of GEIF Ventures, Magnus Goodlad of IP Group, Emil Gigov from Close Venture Management, Jason Ball of London Seed Capital, Sean Seton-Rogers from Benchmark Capital and Tom Bradley of Esprit Capital Partners. Congratulations to all.