Buyouts
Home News and Analysis Firms & Funds A placement agent and GP in legal battle over who will raise...
Firms & Funds 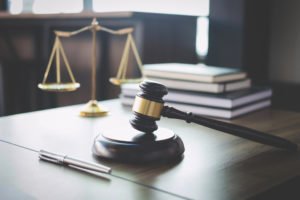 You don’t often see a private equity firm and its former placement agent get into a tussle about who is going to raise the next fund.

Stonington is demanding that Southfield Capital uphold what it says is its contractual obligation to hire the firm to raise its next fund, according to documents from a recent lawsuit.

The dispute brings to light issues that are normally shielded behind confidential contracts setting out fee rates and other terms between fundraisers and private equity firms. Placement agents help firms access investors to make commitments to their funds. Such fundraising services have become more important than ever in the pandemic lock-down, when traditional networking activities like conferences are not happening.

Firms that don’t have relationships with limited partners generally reach out to advisors like placement agents for help in meeting potential new investors. This is especially true for younger firms. Placement agents help with introductions, but also with crafting fundraising presentations, targeting the right sorts of investors and other advisory work. They can also work on sourcing investors for co-investments and secondaries sales.

Stonington Capital Advisors is led by managing partners Justin Garrod and Dana Pawlicki. Southfield, formed in 2012, is principally owned by Andrew Levison, according to the firm’s Form ADV. As of March, the firm managed about $306.2 million in assets, the Form ADV said.

The 2014 contract between Stonington and Southfield for the marketing of Fund II said Southfield would hire Stonington to raise a successor fund as long as Fund II raised at least $125 million, according to court documents. Fund II ended up closing in 2017 on almost $200 million. A Form D fundraising document from July 2017 said Fund II had collected $185.1 million.

This type of re-hiring provision is fairly common in fundraising contracts, said a placement agent with no connection to either party.

Stonington said in its lawsuit its re-hiring for the third fund was part of its compensation for the job it did raising Fund II. Other payments included 2 percent of the commitment to the fund made by each investor and 1 percent of re-up commitments to a successor fund, documents said.

Stonington was paid at least $2.8 million for its work on the second fund, the Fund II Form D said.

However, after Fund II closed in 2017, Southfield chose to terminate the contract with Stonington, which the firm argued also included voiding the re-hiring provision. Southfield informed Stonington last year that it did not intend to use the firm for help raising its third fund, targeting $300 million, documents said. Fund III was formed this year, the document said. Its Form D fundraising document shows Atlantic-Pacific Capital and, curiously, Stonington Advisors, as fundraisers for the pool.

Still, Stonington filed its intent to work as Southfield’s placement agent for Fund III as per the contract, which prompted Southfield to seek arbitration, documents said.

In May, an arbitrator, Jonathan Lippman, agreed with Southfield that the contract does not specifically protect the re-hiring provision in the case of contract termination, which Southfield was by contract allowed to do at any time. However, Lippman also ruled that Stonington should receive a portion of re-up fees as part of the Fund III fundraising.

“Such re-up fees would emanate from compensation Stonington had already earned for its prior work in the original fund,” Lippman said in his decision.

Stonington sued on August 4 in District Court in Manhattan to vacate the arbitrator’s decision. It wants the re-hiring provision enforced, or fees equivalent to 2 percent of committed capital in Fund III, the lawsuit said.

A source said seeking to reverse an arbitrator’s decision can be challenging. Representatives from Southfield and Stonington declined to comment.