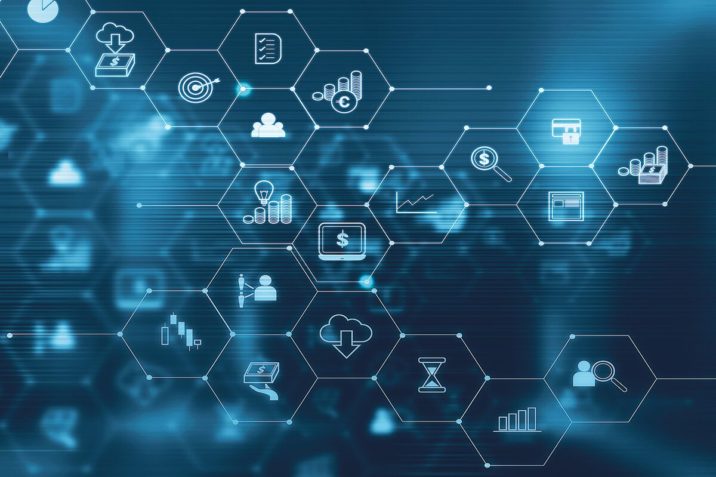 Driving value through transformation is private equity’s raison d’etre. And, over the past decade, digitalization has become one of the most significant levers for improving operational performance at portfolio companies.

And yet, the digitalization of private equity firms themselves lags behind comparable industries. This is starting to change, however, beginning with fund administration.

Escalating LP demands, the threat of increased regulation, security concerns and competitive pressures all mean that Excel no longer suffices. The industry has been forced to abandon its fondness for formulae in favor of embracing new technology.

“Technology is increasingly being adopted across all fund structures, functional and administrative levels,” says James Ferguson, head of Americas at Intertrust Group. “Automation and operational simplicity are being sought more and more in order to increase scale and volume, while reducing costs and manual touch points.”

This new technology comes at a cost, however. And private equity firms increasingly see outsourcing as the most efficient way of taking advantage of advances. The fund administrators themselves, meanwhile, are investing heavily in tech differentiation as they fight to win their share of this expanding outsourced market.

“We leverage institutional grade technology processes. Without that, it becomes a very difficult pitch,” says James Wheatley, senior vice president at Mainstream Group. “It would be hard to explain to a potential client why you are still using QuickBooks and Excel in an outsourced model. You need to have that technology there, whether it is proprietary or third party.”

James Duffield, head of business development at Aztec, adds that technology now permeates all aspects of modern fund administration. “Technology is transforming everything from day-to-day accounting and financial reporting to the organization and coordination of board meetings and correspondence with investors, not to mention the multitude of task management, file transfer, banking and other systems in play too.”

The use of technology in fund administration broadly falls into two camps. First, technology is being used to robotize operations that have historically been performed manually.

Fund administrators are developing or buying automated carry waterfall calculations. They are automating SWIFT banking transactions from banks into fund administration software and are streamlining bookkeeping by adopting transaction-based accounting flows that move away from double-entry journal accounting. “These may not sound like the most exciting developments,” says Justin Partington, group head of funds at IQ-EQ, “but they are genuinely transformative.”

Automation is driven by the need for efficiency. The demands placed on the industry are proliferating and pricing pressure means these cannot be met by manpower alone. “You can’t just throw bodies at the additional demands being placed on fund administration,” says Iain Robertson of eFront.

“I would characterize progress so far as gentle,” adds Partington. “People are just dipping their toes in the water. But we are seeing new entrants being disruptive with nimble ideas. I think the pace of change and automation will only accelerate.”

As the heavy lifting subsides, the fund administration industry is having to reposition itself—to reimagine the value-add it can bring. And it is here that the second technology push comes into play—data analytics.

LPs are demanding ever more complex and detailed information about private equity performance and the deals that underly it. “The biggest demands of technology that we see are around availability of data itself, as opposed to simple reporting,” says Scott Kraemer, managing director, alternative investments, at Vistra. “It’s about transparency and the ability to delve into different kinds of information on your own terms.” Because not only are investors demanding an ever-wider range of data points, the timeliness and manner in which they demand to receive them are changing too. In the early days of formal fund administration, quarterly financial statements would be distributed, as a PDF, by email.

Gradually, providers started to offer clients dashboards and charts to enrich their reporting, but the information nonetheless remained static. Now investors are demanding access in real-time through interactive, online portals. They want to be able to interrogate the raw data.

“A purpose-built portal that delivers greater visibility and real-time access to underlying investment performance data sourced directly from the books and records of the fund is a game changer,” says Anquillare.

“Investors in private equity funds are becoming more sophisticated,” adds Melanie Cohen, managing director at Apex Fund Services. “They want to drill down, they want detail, they want more look-through reporting. We need to provide that without hiring an army of people and technology is responding.”

Meanwhile, eFront’s Ludovic Legrand believes systems will now begin to be integrated across the capital flow. “Investors have historically had to take the data they are given and manually input it. It’s completely inefficient. The next step is to dynamically connect data from underlying portfolio companies to GPs and ultimately LPs. A few fund administrators have started to do this very recently. I think that it will be the next big trend.”

What’s one of the biggest problems facing the back office?

PE firms can use Excel to “build everything,” adds Krancenblum, but they fail to take into account some issues. Excel is “too risky” because its programming is not documented. It’s also difficult to audit, he adds. What happens if the person who created a spreadsheet disappears? Krancenblum says it would be difficult to determine if a spreadsheet “is done the right way” if that person leaves.

Krancenblum has been with IQ-EQ for a quarter century, including as its CEO from 1993 to 2015. As such, he has a lot to say about the PE industry. One of the biggest issues is the independence of data. The U.S. doesn’t require PE firms to outsource the back office, “even after Madoff,” he says.

LPs, however, are pressuring GPs here to outsource the back office. There are some benefits to that practice, Krancenblum says. When a GP outsources, they understand what has to be paid by a fund and what they must pay: “When you internalize, you never know.”

IQ-EQ is owned by Astorg Partners, AlpInvest Partners and management, according to PitchBook. The company produces more than $100 million of EBITDA on $350 million in revenue. An IPO could come in two to three years, Krancenblum says. “It could also be sold to a larger PE fund in the U.S.”

There is no doubt that the level of technology now in play is radically altering the dynamics of the sector. An ever-dwindling number of managers are prepared to invest the time and money required to maintain cutting-edge inhouse functions. Indeed, even smaller third-party fund administrators are struggling to keep pace, a significant driver of recent M&A.

An army of agile platform vendors and app developers has also grown up around the industry. The growth in cloud-based systems, in particular, is making implementation and integration easier and cheaper, meaning there is less cost to taking on new technology and less risk of failure.

“More modern development tools mean that it is also much quicker for developers to build for niche markets,” says Sam Metland, head of private equity product at Citco Fund Services. “That means more systems become available for our industry where it was not considered a big enough market in the past.”

Indeed, fund administrators have lapped up the plethora of technology solutions on offer and Excel is fast becoming a relic. The next stage is to consolidate platforms.

In recent years, many administrators have accumulated myriad systems focused on different parts of the data lifecycle, as well as on different alternative asset classes. Furthermore, rampant M&A means individual firms have inherited disparate technology bases. “A handful of players are moving away from silos to a vertically integrated system,” says Legrand. “It is where they need to be.”

Of course, technology will never entirely replace people, particularly in private equity, where service levels remain the most significant selling point. Firms are placing greater emphasis on the level of skill they employ in order to support the tech being put in place. “We have a strong need for efficiencies, not only to be competitive in the market, but to make sure our people are focused on process improvement and client service rather than redundant or manual work,” says Anquillare.

But, despite the continued importance of human resource, the use of technology is increasingly becoming a critical differentiator and fund administrators are digging deep to fund a wholesale digital transformation. A fund administration technology arms race is well and truly underway.

As fund administration systems shift to the cloud and more and more data is shared, questions of access, ownership, security and control are being thrown into the spotlight.

“It’s difficult to define best practice,” says Aztec’s James Duffield. “But in our view, intensive education and awareness of phishing and other threats is imperative, as is having the right processes in place, particularly around identity verification and investment in secure technology, such as portals, as well as specialist resource.”

IQ-EQ’s Justin Partington adds: “We have worked with one of the Big Four to analyze all of our integrations. We have seen what’s happened with the Panama Papers, Paradise Papers and Lux Leaks. There are 30 to 40 different parameters that we look at, from physical security, to data breaches. Alongside keeping on top of regulatory licenses and permissions, it is the critical area that keeps your business.”