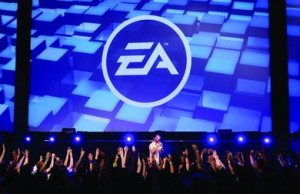 Playfish, the UK-headquartered social network gaming outfit, has been acquired by US recreational software giant Electronic Arts (EA) in a deal worth up to US$400m.

Playfish is one of the best known businesses in its market, with 10 titles playing across a range of platforms including Facebook, MySpace and iPhone, generating more than 1 billion play sessions a month.

The deal, which represents an exit for VC backers Accel Partners, Index Ventures and Stanhope Capital a UK-based multifamily office group, involves approximately US$275m up front and around US$25m in equity retention arrangements. There is also a variable cash consideration of up to US$100m dependent upon performance milestones until December 31, 2011.

The company launched in October 2007 with US$4m from Accel’s London team, who provided an extra US$1m the following July in bridge financing before co-leading a US$17m series B round with Index in October. It was at this point that Kevin Comolli from Accel and Ben Holmes from Index joined Playfish’s board of directors.

Comolli said: “As the original institutional seed investor in Playfish it has been a pleasure to work with the founders and management team and to see them achieve such extraordinary growth. Playfish has been recognised in the industry for its innovation and creativity and continues to change the way people play games by creating more social and connected experiences. We are sure they will continue to thrive under the ownership of Electronic Arts.”

EA is one of the most recognisable names in video gaming. Based in California and founded in 1982, it is the brand behind such titles as The Sims, the FIFA range of football games and the Madden NFL series.

Playfish will come under the direction of EA Interactive (EAi), the division responsible for social and mobile gaming.

Barry Cottle, senior vice-president and general manager of EAi, said: “Social gaming, with its emphasis on friends and community, is seeing tremendous growth and this is the right time to invest to strengthen our participation in this space.”

Playfish is one of the big three of social gaming, the others being Zynga and Playdom. In November, Zynga raised a US$15m series C round from Kleiner Perkins Caufield & Byers, Foundry Group, Union Square Ventures, Institutional Venture Partners and Avalon Ventures, as well as serial Web 2.0 investor Reid Hoffman. This took the company’s total venture funding up to US$55m.