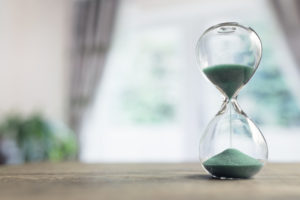 The firm moved Fund III investments Paymentus, iSolved, TrueCommerce and Infinisource into a continuation vehicle. The new fund raised $1.16 billion to buy the assets out of Fund III from the lead investors as well as Accel-KKR employees, which as a group comprised the largest investor in the continuation vehicle. The firm is expected to make a formal announcement on Monday, Sept. 16.

The deal also included $225 million for follow-on investments in the four remaining assets, for a total deal value of about $1.38 billion, sources said.

Existing LPs in Accel-KKR Capital Partners III, which closed on $600 million, had the option to sell their stakes in the fund, either for full or partial liquidity, or roll their interests into the continuation vehicle. More than half of the Fund III investor base, by dollar amount, chose to sell, according to a source with knowledge of the process.

Pricing on the deal was at a premium over net asset value as of the first quarter, three sources previously told Buyouts.

Evercore worked as secondary adviser on the transaction.

The four companies have combined revenue of more than $500 million and employ more than 2,200 people, the firm said in a statement. Accel-KKR previously exited eight companies from Fund III.

Accel-KKR, led by Tom Barnds and Robert Palumbo, invests through its main buyout funds and its growth equity pools. It closed its most recent flagship, Fund V, on more than $1.3 billion in 2015. It was targeting $500 million for its third growth equity pool last year.

Accel Partners and Kohlberg Kravis Roberts formed Accel-KKR in 2000. The partnership has operated independently for the past 15 years.

GP-led deals have become a larger part of the overall secondary market, which produced an estimated $42 million of volume in the first half of this year. Evercore and Greenhill Cogent estimate that total secondary activity may exceed $90 billion this year.