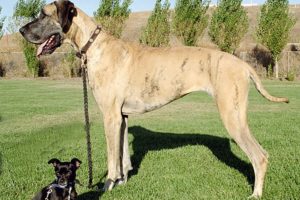 Accel-KKR, which last year closed its largest flagship fund, is targeting at least $300 million for its debut pool that will target smaller-scale tech-related companies, according to sources and a regulatory filing.

Accel-KKR joins the likes of Vista Equity Partners and Leonard Green in raising capital to target opportunities too small for the main fund.

The firm filed a Form D fundraising document earlier this month about the fund, including a target of $300 million.

However, what’s not been made public is that Accel-KKR Emerging Buyout Partners has an evergreen structure. This means it will try and raise an initial target, and then periodically open up for new fundraising, the LP said.

Accel-KKR Emerging Buyout Partners generally targets companies with enterprise value of $50 million or less, said a limited partner who has heard the fund pitch. The fund will look for companies with less than $30 million in revenues, the LP said.

The small-cap strategy will be led by Accel-KKR’s leadership, and by operating executive Phil Cunningham, who has a focus on emerging growth companies. Cunningham joined the firm in 2017 from Advicent Solutions, where he was chief executive officer. He sits on the boards of ClickDimensions, FM:Systems, Insurance Technologies Corp, Salsa Labs and Siigo, according to Accel-KKR’s website.

Cunningham worked a stint from 2012 to 2013 with Vista Equity Partners consulting group, according to his LinkedIn profile.

Accel-KKR, which generally receives high demand for its funds, could have an easier marketing period for the debut small-cap fund than an emerging manager. In today’s fundraising market, LPs generally are sticking with their established managers rather than forming new relationships, especially with newer managers.