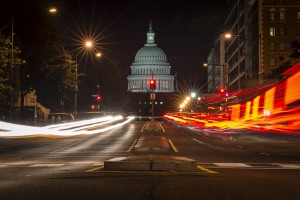 The firm has been marketing Fund V for at least one year, according to SEC filings. LPs include the Old Dominion University Educational Foundation, which committed $3 million to the vehicle.

Old Dominion was also an LP in Fund IV, a $150 million vehicle the firm closed in 2013. Endowment documents indicate Fund IV was still in its J-curve as of March 31, netting a negative 2.04 percent internal rate of return, though its performance ticked into positive territory recently. Fund IV netted a one-year IRR of 4.81 percent as of the same date, according to Old Dominion documents.

The Washington, D.C.-based firm invests in venture capital and growth equity funds in the technology and healthcare sectors. Accolade’s portfolio includes investments with Accel, Accel-KKR, Andreessen Horowitz, JMI Equity and Thoma Bravo, according to its website.

Accolade selectively invests with emerging managers and is an active co-investor as well, having invested in lender Avant Credit and technology provider Compuware, among others, according to its website.

Joelle Kayden founded Accolade Partners in 2000 after 18 years at Alex Brown, where she was CFO of the firm’s venture capital affiliate ABS Ventures.