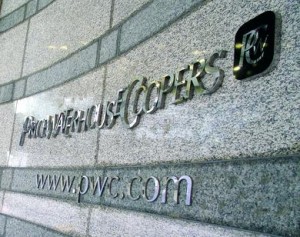 “Last year was a record year for us in our private equity work and we were actually busier in the second half than the first,” says Chris Hemmings, head of European private equity at PricewaterhouseCoopers, winner of EVCJ’s Accounting Firm of the Year award for 2007. The award is for the firm’s activity across the board, including both due diligence work and corporate finance.

In the second half of 2007 the effect of the credit crunch encouraged the firm to focus more on the broader mid-market. Deals closed in the second half included the sale of Ainscough Crane to Bank of Scotland Integrated Finance as well as advising mezzanine provider ICG on three transactions in which it acquired minority stakes – German frozen food company Eisman, UK business services company Marken and the Gaucho Grill restaurant chain.

“We’ve been flexible in terms of the clients we’ve worked with and have been able to shift our approach depending on outside circumstances and our understanding of the market,” says Hemmings.

In March, the firm did due diligence on the acquisition by Merlin Entertainments of the Tussauds group from Dubai International Capital (DIC), creating the world’s second-largest visitor attraction company. “That was a deal done very quietly and quickly, which the market did not know about until it was announced,” says Hemmings.

PwC also developed its debt advisory in 2007, advising on deals such as European Capital’s acquisition of Hillary’s Blinds from Change Capital. “We had been providing debt advisory for buyouts as part of an overall advisory package but at the beginning of 2007 decided to focus specifically on debt advisory,” says Hemmings.

Originating deals for clients was also a key part of the firm’s success in 2007, he believes: “Origination has always been an important part of our strategy and we’ve used our network to create opportunities for private equity clients. In 2007 those included getting ICG into Eismann and Greenhill Capital into Rileys. We think in 2008 the origination area will become even more important for us.”

Part of the reason for PwC having such a good year, believes Hemmings, is its business strategy of the last 18 months. The firm always knew it had a very strong private equity business across Europe, he says, but in 2006 it was decided to put more emphasis on getting teams in different countries to work more closely together. He says: “We encouraged them to communicate more and share market intelligence across borders, and to get the teams in due diligence, corporate finance and tax working together more effectively. That strategy really began to pay off last year.”