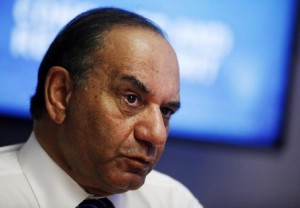 Sandell Asset, which owns about 5.5 percent of Ethan Allen’s shares, said it was preparing to nominate a slate of directors to the company’s board.

Sandell said the company’s real estate assets may be worth about $450 million, or about $16 per share.

Ethan Allen’s shares closed at $30.99 on Thursday on the New York Stock Exchange. They were marginally down at $30.96 on Friday.

Sandell said it was prepared to nominate a slate of directors to Ethan Allen’s board.

The asset management firm said Ethan Allen intends to advance its annual shareholder meeting to October 15 from November 17 to “subvert the nomination process.”

The company’s total sales fell nearly 3 percent in the fourth quarter ended June 30, from a year earlier. They grew at a slow pace in the past two quarters.

Sandell was previously involved in a proxy fight with Bob Evans Farms Inc, pressuring it to do a sale-leaseback transaction for its restaurant properties.

There are many interested parties and several ways to help the company unlock value, Sandell said in a letter to Ethan Allen Chief Executive Farooq Kathwari.

The options range from a series of sale-leaseback transactions to the creation of a tax-efficient real estate investment trust, Sandell said.

Up to Thursday’s close, Ethan Allen’s shares had risen 4 percent since Sandell Asset head Tom Sandell said on July 15 that the company was his best idea.

(Reporting by Sruthi Ramakrishnan and Yashaswini Swamynathan in Bengaluru)