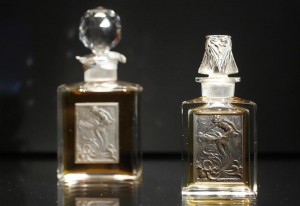 The private equity group will soon begin shopping the group to potential buyers, two people familiar with the matter said.

They expect Douglas to post 2015 earnings before interest, taxes, depreciation, and amortization (EBITDA) of roughly 300 million euros ($325.65 million) on sales of about 2.5 billion euros.

The sources said they expected Douglas’ valuation to be much higher than when it was previously listed as it is now a dedicated perfumes group rather than a conglomerate.

Luxury groups like LVMH trade at more than 10 times their expected earnings.

If sold or listed at a similar multiple, Douglas could reap a valuation of about 3 billion euros.

Advent’s dual-track search for a sale or an IPO will be based on Douglas’ third-quarter figures to the end of September, meaning a listing may take place by November, sources familiar with the deal have said in the past.

Since being taken private by Advent and the Kreke family in 2013, Douglas has pursued a strategy of seeking to become Europe’s top perfumes retailer, buying up French perfumeries chain Nocibe and selling its confectionery stores.

It appointed investment bank Macquarie last year to organize the sale of its Thalia book stores division. Thalia would not be part of the IPO.

Another bank is likely to be picked soon to help with the sale or listing, one of the sources said.

LVMH, which runs the Sephora beauty chain in France, looked at Douglas when Advent took it private. It is unclear if LVMH would be able to buy Douglas due to competition concerns.