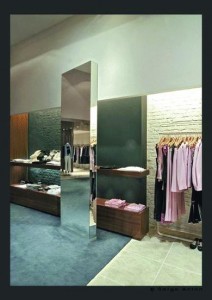 The troubling outlook for retail has not stopped from backing the buyout of French fashion retailer . The first investment from Advent’s €6.6bn fund, closed in April, allows Advent to take a longer-term view of the market.

“The investment in Gérard Darel is a long-term project,” confirms Pascal Stefani, managing director of Advent International in France. “We aim to grow Gérard Darel into a global brand and because we have made the investment at the beginning of the fund we will have time to do this.”

Advent’s presence in 23 countries helped to convince the founding family owners of the company that Advent was the right partner to help build its international presence. At the moment, Gérard Darel generates just 30% of its €158m sales from international markets.

The strategy is to double the group’s turnover through growing the number of stores in France from 40 to 80; building on the company’s presence in other Western Europe countries and pushing into new geographies.

Advent raised debt to support its acquisition of a majority stake in Gérard Darel from , and . In contrast, it seems that the private equity firms with which Advent competed to win the deal struggled to raise debt for the transaction in these markets said Stefani.

“Although structured as a buyout, this deal is more of a growth capital deal and there was not a high level of leverage involved,” says Stefani. A mezzanine tranche was provided by Mezzanis, Ares and Oaktree Mezzanine.

“We feel very comfortable with the business,” says Stefani with reference to the current worries about a consumer downturn. “We’ve done an enormous amount of due diligence on the company and so far in 2008, Gérard Darel is outperforming the market with its positive like-for-like sales.”

Stefani believes Gérard Darel’s position in the affordable luxury goods market will ensure it continues to perform strongly, saying: “Our due diligence confirmed that Gérard Darel has a very strong price positioning as its goods are priced just lower than its competitors.”