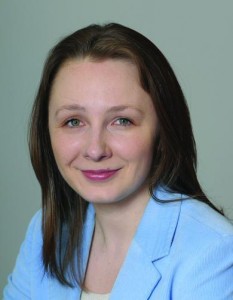 , the global private equity group, has agreed to sell , a leading Polish provider of exterior insulation finish systems (EIFS) for the business-to-business market, to , one of India’s largest paint manufacturers, for US$38.6m (€24.8m).

The exit marks a five-year development programme following Advent’s acquisition of Bolix in 2003. According to Advent, in the last three years Bolix has recorded double-digit revenue growth rates and has changed from being purely a manufacturer to a service-orientated business.

Value has been created by strengthening the company’s logistics, improving support for wholesalers and offering contractors new on-site services. Other initiatives have included significantly developing Bolix’s exports to Ukraine, Russia and the Baltic States, entering the DIY sector, and the introduction of new product ranges. Export sales almost tripled in the past year.

Monika Morali-Efinowicz, head of Advent International’s Warsaw office, said: “The construction industry in Central and Eastern Europe is now one of the fastest-growing and most significant worldwide. Advent’s experience in the global construction materials sector undoubtedly played an important role in helping Bolix to find the right partner for the next phase of its development.”

Bolix president Artur Lakomiec added: “After Advent helped us implement a successful growth programme, both at home and abroad, it facilitated the search for a partner able to support the company’s further expansion. Key in this respect are the business synergies between Berger and Bolix, including production technology, complementary product lines and respective geographic markets.”

Advent International has been investing across Central and Eastern Europe since 1994 and has local offices in Warsaw, Prague, Bucharest and Kiev. Earlier this month, the firm announced the closing of its fourth fund for the region, ACEE IV, at €1bn.

Advisers on the transaction were Ernst and Young (India) for Berger and Clifford Chance and CAG for Advent International.