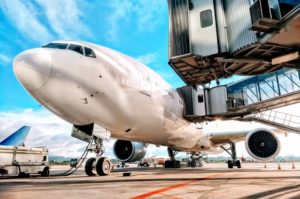 Specialist investor AE Industrial Partners is seeing fresh impetus behind its structured credit offering due to turmoil in the aviation sector spurred by the covid-19 pandemic.

AE Industrial Partners Structured Solutions I began marketing last year with a $400 million target, two people with knowledge of the matter told Buyouts. An initial close was held in April, with about $130 million raised.

With the onset of covid-19, AE Industrial has been fielding more inquiries about the fund, mostly from commercial aviation companies, the people said. They include businesses that previously discussed a deal and are now returning to the table because of the health crisis.

Few sectors have been as hard hit by the pandemic as aviation. A precipitous drop in travel demand caused severe dislocation among airlines and a host of establishments in the aviation supply chain. Some analysts say the impact is far worse than prior crises, such as the global financial crisis, suggesting a long recovery ahead.

A near-term challenge of many aviation companies is liquidity constraints. This helps explain the interest shown in AE Industrial’s offering, which provides minority common and preferred equity, second lien, subordinated debt and other structured financing tailored to an investee’s needs.

AE Industrial rolled out the structured credit fund as an extension of its core buyout focus. The firm specializes in making control investments in mid-market businesses operating in aerospace, defense and government services, power generation and specialty industrial markets, according to its website.

Most target companies are family- or founder-owned, with AE Industrial often assuming the role of first institutional investor. It also undertakes carve-outs, management buyouts, special situations and other deal types.

AE Industrial is investing from a second flagship fund, closed two years ago at $1.36 billion. While sourcing opportunities, it met owner-operators who were eager to partner with an investor with domain knowledge and resources but unwilling to give up control, the sources said. This prompted the design of an alternative strategy.

To oversee the strategy and prepare for fundraising, AE Industrial recruited a veteran credit investor. Marc Baliotti, a top executive with Blackstone Group’s GSO Capital Partners for more than 13 years, came onboard in late 2018 as a senior managing director.

The original goal of the structured credit fund was to tap into previously untapped opportunities in AE Industrial’s target sectors. With the liquidity challenges spawned by the health crisis, there is now “extra octane in the pipeline,” one of the sources said.

AE Industrial, based in Boca Raton, Florida, was founded in 1998 by managing partner David Rowe and his deceased father, Brian Rowe, an aerospace pioneer and long-time head of GE Aviation. Starting out as a family office, it did several aviation-focused deals with Carlyle Group before rebranding in 2015 and closing a first institutional fund at $680 million the following year.

AE Industrial announced 45 deals since 2015, its website shows. Along with ThayerMahan, investments in recent months include G.S. Precision, a Brattleboro, Vermont, maker of precision components and specialty hardware used in aerospace and defense applications.