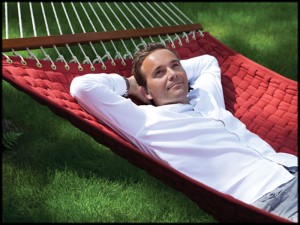 The slowdown might also be related to the robust size and pace of the first-half deals. “When you have all these big deals, you have to digest them,” said Benoit Verbrugghe, senior managing director at AXA Private Equity, a big buyer in the secondary market.

Those deals powered the $13 billion in transactions around the world logged in the first half, according to Cogent Partners, a firm that advises investors on secondary transactions. That compares to $14 billion in the first half of 2011. Since then, deal-making has fallen off, according to several sources. By how much? Cogent Partners’s managing director, Todd Miller, expects that when the second-half dust settles, the secondary deal tally will log in at 20 to 30 percent below the first half.

Plenty of uncertainties remain to spook sellers, including economic problems in the Eurozone and negotiations to avoid the U.S. “fiscal cliff.” But the current slowdown is likely to be temporary.

On the supply side you have the private equity assets still held by banks subject to Basel III and the Volcker Rule. On the demand side you have the large amount of cash yet to be spent by the three largest secondary funds, all of which were raised in the last year and a half. Overall, 2012 was the biggest fundraising year in history for secondary funds, which have so far amassed more than $20 billion, according to data from Thomson Reuters. That compares to the previous record of $17 billion during 2009 (see accompanying chart).

“Looking ahead, there is a pretty big pipeline,” said Cogent Partners’s Miller. “In terms of supply, there are deals that will soon get done, especially among financial institutions,” he said. “The phones are going to start ringing in January,” added Miller, who predicted $30 billion to $40 billion a year in secondary deals over the next three to five years.

Pension funds have been some of the biggest sellers this year, motivated by a desire to concentrate their private equity portfolios by reducing the number of general partner relationships.

That was a primary impetus behind two blockbuster deals in early 2012, the first being the $1.5 billion secondary sale by the California Public Employees’ Retirement System. Joe Dear, the chief investment officer of CalPERS, told Buyouts in August that secondary sales helped the $244 billion pension reduce its number of private equity relationships by 23.

Another blockbuster deal was the $1 billion secondary sale by the State of Wisconsin Investment Board, which came about in part because of a perceived misalignment of interests, due to GPs “going public or selling stakes to third parties,” the pension’s adviser, StepStone Group, said in a report. The 12 funds sold included funds from publicly listed firms like The Blackstone Group, Kohlberg Kravis Roberts & Co. and The Carlyle Group.

“They either bleed it out or lop it off,” said Kelly DePonte, a partner at placement agent Probitas Partners, referring to the two ways to deal with an out-of-favor fund holding.

When it comes to Basel III, banks still have time to comply with the higher capital requirements. Basel III is a global regulatory standard, phased in over several years, that raises minimum bank capital standards in the wake of the recent financial crisis. Several banks, including France’s BNP Paribas, have postponed likely Basel III-related sales. At the same time, several banks have sold off private equity holdings in advance of the Volcker Rule. The rule, which is part of the new Dodd-Frank financial regulation law, restricts banks from making speculative investments using their proprietary capital, although there are exceptions.

“They have to sell at some point,” said Nigel Dawn, the head of the UBS Private Funds Group. “The question is when and at what price.”

Prices, of course, are a crucial factor in determining the pace secondary sales. According to Cogent Partners, prices remained “robust,” with high bids averaging around 85 percent of net asset values in July 2012. Yet even though prices are far above the levels seen during the depths of the financial crisis, they are slightly below levels seen in July 2011, when Cogent reported that secondary prices averaged a very strong 92 percent of NAV.

Cogent Partners’s Miller said we may be seeing a “pricing stalemate” that could be a factor in the recent deal slowdown. “Buyers want a discount, but sellers want to sell at 90 percent of NAV or better,” said Miller. “People aren’t bearish, but they aren’t bullish either.”

Looking ahead to 2013, prices are likely to stay where they are or improve somewhat, because of record fundraising by the leading secondary firms in the last year and a half. Strong fundraising means that these firms have plenty of cash on hand to make deals.

With his new fund, AXA Private Equity’s Verbrugghe said firms like his were now energetically seeking deals. “The market is very active in both Europe and the U.S. The strong deal flow means we can be very selective and cherry pick the assets that we like,” he said. “We think there will soon be some $1 billion-plus purchases.”

Of course, one of the main reasons for the recent fundraising success of secondary funds is their strong record of returns. That, and the opportunity they offer investors to diversify their portfolios among vintage years.

For comparison, domestic buyout funds in the Buyouts returns database delivered a 9.4 percent median among all funds with vintages through 2007. The median top-quartile buyout fund returned 16.2 percent, while the median bottom-quartile fund returned 2.4 percent net IRR.