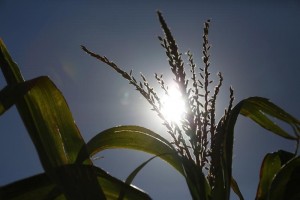 Based on data provider Preqin’s projections for 2015, the total tally for funds with exposure to agriculture, of which there are 41 percolating in the market, could hit $11.3 billion this year, compared to $15.3 billion last year.

“We expect to see increased activity in the space going forward,” said Tom Carr, Preqin’s commercial product manager. “Investor interest is picking up, as LPs search for investments with low correlation to traditional assets, relative stability of returns and an inflation hedge.”

Homestead Capital earlier this month announced it raised $173 million for its debut U.S. farmland fund. LPs in Homestead Capital USA Farmland Fund I, which targets farmland investments in the Mountain West, Pacific, Midwest and Delta regions, encompass endowments and foundations, funds of funds and insurance companies. So far, Homestead has deployed $60 million in eight unidentified projects across the four regions.

As the world turns

LP interest in agribusiness is growing amid a surge in the world population, which is creating opportuntities for investments tied to food production. According to a 2014 United Nations report, world population could skyrocket to 12.3 billion by 2100. If the projection is accurate, food production will have to keep up at a blistering pace to meet demand.

The agricultural industry is responsible for generating “almost $11 trillion in global output” and is comparatively larger and growing at a faster rate than the other sectors – telecom, healthcare and energy – GPs traditionally favor, said Kevin Schwartz, president and founding partner of Paine & Partners.

Another reason for the growth in agribusiness funds relates to the age of farmers. The most recent government census (2007) reported the average age of American farmers was 57 years old. Eight years later, the average farmer is now ready to retire.

Some funds are finding opportunity working with aging farmers who have not kept up with new technologies, according to a person familiar with the industry.

There are obstacles for LPs to contend with, one of which is a dearth of private equity managers that specialize in investing in this industry. Schwartz attributes the scarcity to the internal dynamics of the agricultural sector, which he characterized as being mostly family-owned and privately held.

“It requires long-term relationships and access to be able to identify investment opportunities,” he explained.

Successful investments in agribusiness can require an exhaustive amount of research that many firms are not willing to undertake. “We’ve done more than 40 research projects all of which we’ve retained internally and privately – and it requires that type of work to find the opportunities,” Schwartz said.

He added: “This is not an industry that’s well covered by Goldman Sachs, Morgan Stanley or any other investment bank… So it’s an area you really need to be proactive and doing it a long time to understand the risk and rewards.”

DePonte said another problem that frustrates LPs is that current investments in developed markets “often generate returns consistent with core real estate or infrastructure, a return profile that can make investing through closed-end fund structures unattractive.”

Ultimately, the long-term potential might outweigh short-term concerns. Without offering specific projections, DePonte said he is cautiously optimistic on LPs’ appetite for agriculture funds. Said DePonte: “It is fair to say that this market is early in its development and that interest will continue to grow, but that it is likely to grow slowly.”