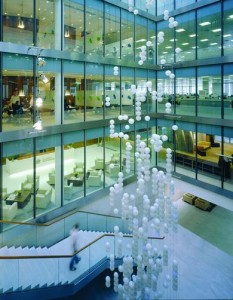 “Yet again AIM has exceeded all market expectations and reconfirmed itself as the most successful growth market the world over. Despite a slowdown in the rate of companies joining the market, the mountain of funds raised is showing no peak in sight for the past four years now we have seen each year raise more and more money”, said Philip Secrett, partner within .

Gazing into his crystal ball, Secrett argues that AIM’s biggest challenge in the year ahead is to settle the concerns surrounding the future of the market. “So far, the uncertainty over the future ownership of AIM has not been a destabilising factor in AIM’s ability to raise funds, however, the sooner the market is certain of its future ownership the quicker any potential clouds hanging over it can be dispelled. This could quickly reverse this year’s slowing net company growth and add fresh impetuous to the market’s continued development.”