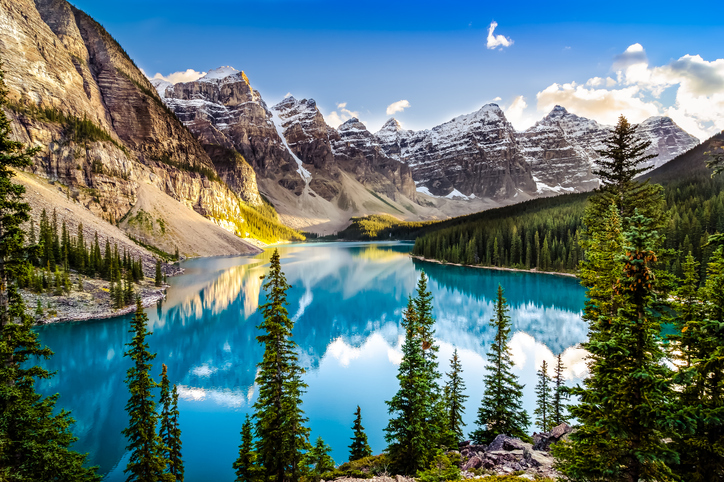 The C$168 billion ($129 billion) pension system committed or deployed C$2.7 billion in the global market last year, a record amount, Peter Teti, head of private equity and international, told Buyouts. Of the total, C$1.7 billion went into funds and the rest into direct and co-investments.

“It was an active year for us, creating a flywheel effect that helped accelerate our program,” Teti said. “Everything went in the right direction.”

On top of vigorous investing, AIMCo earned a hefty PE return in 2021. In April, it reported generating a one-year net IRR of 65.9 percent and a four-year net IRR of 22.3 percent, well above performance in 2020.

AIMCo, CCMP Capital and MSD Partners were also part of the NYSE debut of pool equipment supplier Hayward. “It was a big win for us,” Teti said, reflecting a 6x return at the time of the IPO’s closing.

AIMCo’s PE strategy focuses on backing large and mid-market buyout funds in North America and Europe and co-sponsoring or co-investing in deals with them and other partners. Sectors of interest are consumer, industrials, business services, financial services, technology and healthcare.

Thanks mostly to last year’s ramped-up activity, portfolio assets rose to C$10 billion-plus. Of the total, roughly 60 percent are fund investments, and 40 percent, direct and co-investments. This ratio has been maintained for a few years now, Teti said, because it fits AIMCo’s size and the evolution of the strategy.

“The first and primary filter is performance across business cycles and over time,” Teti said. “We hyperfocus on that.” AIMCo’s access to co-control and minority investments flows from this, as “there is a strong correlation between high-performing funds and high-quality co-investments on offer.”

AIMCo, for its part, works hard to be a good partner to GPs. The in-house PE team has “built up the skill capability” to be nimble in decision-making, he said, ensuring it “doesn’t slow down or inhibit the deal process.”

The team has so far this year completed three new deals. They include a co-investment in Clearlake’s FinThrive, a healthcare revenue management software company rebranded after its $1.7 billion acquisition of TransUnion Healthcare.

FinThrive is emblematic of the deals AIMCo prefers to do, Teti said, because it aligns with the strategy’s emphasis on cash-generative, market-leading businesses in sectors with “tailwinds.”

Private equity today makes up about 6 percent of all AIMCo assets, a relatively low share among Canada’s largest pension systems. Teti hopes to increase it by focusing “on the long term to deliver an outsized return.” The goal will be supported by several fresh initiatives.

AIMCo, for example, will “keep growing the direct strategy” by taking “larger, more meaningful minority stakes with our GPs,” he said. “We see co-investment as not just a mechanism for reducing the cost program. We see it as a way to commit more capital and generate more alpha.”

Another initiative will be expansion of the number and mix of fund partners. A priority here will be to create or broaden exposure to a range of asset classes, such as growth equity and secondaries, introducing “new pathways to deploy capital,” he said.

In addition, AIMCo will deepen its presence in key global markets. Along with reinforcing existing operations in Europe, it will push into Asia by opening an office, potentially in Singapore.

Finally, the PE team is expected to grow with new hires. At present, Teti oversees some 20 investment professionals based in Edmonton, Toronto and London. Senior members are Marc Cormier, director of private funds and asset management, and directors Jason Peters, James Ridout and Jamie Vallance.

Teti has been with AIMCo for a decade. He joined in 2012 from Rothschild Canada, where he was a managing director advising on M&A, privatizations and restructurings.