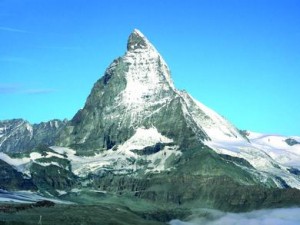 Switzerland’s history of banking and investment made it an obvious location for alternative investment funds and, since the 1990s, a wide range of private equity fund-of-funds (FoFs) has sprung up. While obtaining some of their capital from local investors, these funds are largely targeting European and other foreign institutional investors, with German clients particularly well represented.

Among the challenges these fund-of-funds are facing are the increasing demands from some institutional investors for global coverage and for high levels of reporting and IT processes, which could put some smaller fund-of-funds at a disadvantage. There are also significant challenges facing the Swiss-based listed private equity funds, which have been hit by the volatility in the public markets.

Roy Baumann, a member of the private equity team at , one of the largest fund-of-funds in the region, points out that in some ways it is hard to talk about a “Swiss” FoFs community, given the global nature of the business. While the holding companies may be based in Switzerland, the products are denominated in euros or dollars and often the funds are based outside Switzerland in countries like Luxembourg so they have an EU structure.

Nevertheless, whether it is down to historical, cultural or other reasons, a significant proportion of the world’s private equity fund-of-funds are based in the country. Rainer Ende, a managing director at one of the leading FoFs , says that in the last few years the larger fund-of-funds in Switzerland, such as Partners Group, Adveq and , have further strengthened their positioning and increased the barrier of entry for new providers. “The smaller providers, in contrast, start struggling as their resources and processes have difficulty in keeping up with the requirements of institutional investors.”

This has meant that the LP landscape in Switzerland has remained fairly constant in recent years. The longstanding fund-of-funds point to Horizon 21 as the most significant of the “new players”, even though the people behind Horizon 21, which was set up in 2004, were already part of the investment community. They started with the private equity team of Swiss Re and the backing of Swiss Re as a sponsor to the funds.

Tom Clausen, managing partner at , one of the smaller fund-of-funds, says that recently two or three US fund-of-funds have set up in Switzerland. The attraction, he says, is that Switzerland is very central and so it is easy to get to any part of Europe from a Swiss base. There is also the fact that Switzerland’s quality of life and cost of living are generally regarded as more favourable than, say, London’s, he adds. Adveq’s Raine Ende, however, says that there are a few, very small, teams from US groups that have set up in Zurich rather than London, but these are mainly marketing teams.

The argument that increasing demands from institutional investors have made it harder for smaller players is disputed by Tom Clausen of Capvent. The firm has a very different strategy to the bigger fund-of-funds, he says, with a particular focus on emerging markets. “We were the first institutional fund-of-funds to set up in India, in 2003, and we’re now considered as part of the Indian investment community,” he says. Capvent is also becoming increasingly active in other emerging markets in Asia, Central and Eastern Europe, and Latin America.

The firm now has 10 investment professionals in India, says Clausen, and the country has offered very good returns: “Some fund-of-funds focus on gaining more assets but we were very much returns-driven. We look at the area we want to invest in, which means taking a top-down approach, then benchmark the market and take a bottom-up strategy to identify opportunities.”

He says that among the Swiss-based funds there has been a move away from mainstream products to more specialist offerings. This is true both in the kind of private equity products investors are seeking and the geographical spread. “Asia, and particularly China and India, have become a higher priority for investors. When we opened our office in India everyone was talking about China but we saw an opportunity to offer something different.” He says that, as institutional investors have become increasingly comfortable with assessing and investing in the larger, pan-European funds, the kind of value they want from fund-of-funds is in specialist areas.

Clausen says: “The move towards specialisms will continue and it will follow the banking model in which you’re either very big, like Citibank, or a boutique. But you can’t be both if you want to differentiate yourself in the market.”

The larger fund-of-funds do seem to be using their size and investment in the best processes to differentiate themselves. Adveq’s Ende says: “Investors expect fund-of-funds providers to be very institutionalised. Apart from track record and access to underlying top funds, they are looking more and more at head count, processes, IT infrastructure or reporting standards. It seems that the industry is clearly maturing.” He adds that some investors look for a specific product from any established fund-of-funds others want to establish a relationship with a business partner who can help them implement their private equity activity in the long run.

Roy Baumann of Partners Group believes there is room for niche players offering fund-of-funds products in particular areas, such as venture capital. But he argues there is probably only room for a couple of integrated players offering the full range of private equity investment, both in terms of geographical reach and in terms of assets, which range from venture capital to primary transactions, secondaries and co-investment. “The big challenge is to be the best in class, in terms of the kind of coverage you offer your clients as well as the performance you deliver. You want them to be able to get all their private equity coverage from one provider.”

Baumann highlights Partners Group’s strategy of expansion into Asia, as part of its broader aim of offering a comprehensive package of products. The firm opened its Singapore office in 2004, established itself in Tokyo last year and is planning to open in Beijing.

But Baumann acknowledges that growth can bring its own challenges. As a firm gets bigger it can be hard to maintain the “lean” approach that good private equity decision-making thrives on, he says. Part of Partners’ approach in preventing corporate drift, he says, has been to put a lot of emphasis on the business culture. “Our staff has grown to 270 but this growth has nearly all been from within, as we haven’t tried to expand through acquisition although we do sometimes recruit senior people from outside,” says Baumann. “Everyone spends three to six months at our head office in Zug before going off to Singapore, Beijing or wherever, which we find helps instil a similar ‘dna’ in our people.”

But the challenge of establishing a presence in Asia does mean setting up different offices on the continent, he stresses: “We’ve been building our first-mover advantage but we recognise that Asia is different to Europe in that the latter is more integrated. You can cover Europe from one location, such as London or Switzerland, but in Asia there are more barriers so we’ve been careful to hire Japanese nationals for our Tokyo office and will be recruiting Chinese professionals for Beijing.”

Hans Markvoort, managing director of Castle Private Equity, a listed vehicle set up by and Partners Group in 1997, believes there has been growing pressure on smaller entities in the market. “I agree that institutional investors are generally looking for institutional providers and that that will crowd out the smaller players,” he says, noting there is less and less space for “two guys in a room with an assistant picking up the phone”, because today investors expect a risk manager, a compliance officer and whole host of other individuals involved in monitoring and reporting.

On the other hand, says Markvoort, the underlying investments that fund-of-funds cover is so diverse that there will always be opportunities for some of the smaller players to offer something different.

If some of the smaller players have been going through a difficult time, so have Switzerland’s listed private equity funds. Several were launched on the Swiss stock exchange in the 1990s, when the only other place listing private equity funds was London. Before 2000, regulation in Switzerland made it much harder to launch an LP-style fund than a listed fund.

The problem is that these listed funds have taken a hammering with the recent stock market volatility. Despite the troubled public markets affecting listed private equity funds in both London and Switzerland, research carried out last October-November by a group of 10 London-listed private equity trusts found that investor interest in the listed market was still strong. The main reasons investors gave for their bullishness was the investment opportunity offered by current market conditions, which were expected to bring more attractive valuations, along with the expectation that good net asset value growth would be generated over the long term.

“Investors with a one-year-plus investment horizon regard the current price level as a bargain given the highly diversified underlying portfolios,” says ’s Markvoort. “They are well willing to accept the less-than-stellar liquidity that comes with most investments.”

In Switzerland the listed funds had begun to recover some of their net asset value before the credit crunch and ranged from a 10% premium to 20% discount. But in recent months they have been trading at a 10% to 35% discount. Since they were first listed one of the main problems the funds have faced is liquidity, as the discounts to net asset value made it hard for investors to withdraw money without taking a big hit.

The outlook for the non-listed sector appears to be more positive and fund raising has been relatively buoyant in the last couple of years. LGT, for example, raised a smaller company European buyout fund last year at €800m and a €600m fund for German investors targeting US and European mid-market and smaller companies.

The implications of the credit crunch have yet to be felt in a significant way, says Markvoort, adding that it is too early to tell whether the uncertainty will hold back investors from taking any decisions at all. But he points out investors are today more knowledgeable about the sector: “The turmoil has reminded them that accessing equity returns through the private side does hold advantages in turbulent times.”

Furthermore, he says, there is still scope for increases in allocations among many Continental European institutional investors, as the average is around 5% compared with 7% to 8% in the US.