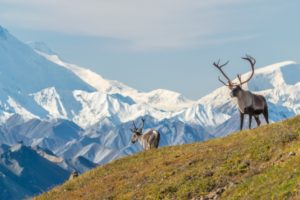 Alaska Permanent Fund committed more than $600 million to private equity in the third quarter of 2019, plus an additional $85 million to co-investments, according to a presentation delivered at its board of trustees meeting this week.

The commitments were to 10 managers. They are:

• $81 million to Permira VII, a €11 billion European buyout fund run by Permira that closed in October;

• $30 million to NEA 17, a venture and growth equity fund managed by New Enterprise Associates with a $3.6 billion target, according to a Form D;

• $25 million to Carlyle International Energy Partners (CIEP) II, focused on international oil and gas investments and managed by Carlyle Group with a $4 billion target, according to Pensions & Investments;

$200 million was also committed as part of the fund’s new in-state investment program, as Buyouts has reported. McKinley Capital Management and Barings both received $100 million commitments.

Another $85 million was committed to directs and co-investments. They are:

As of October 31, Alaska Permanent Fund was valued at $64.8 billion. As of November 28, its private equity holdings were valued at $8.9 billion.