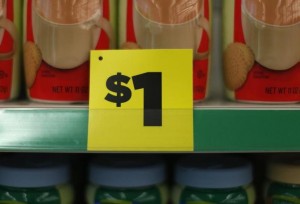 The firm founded by Henry Kravis and George Roberts acquired the retailer in 2007 for $7.3 billion using its $17.6 billion KKR 2006 Fund LP and took it public in November 2009 at $21 a share. The stock now trades above $70. KKR has fully exited the Goodlettsville, Tenn.-based company.

The deal illustrates how KKR likes to “buy at a time when other don’t see the opportunity (for a company)…and grow it,” Navab said during his March 6 keynote appearance at the Columbia Business School Private Equity & Venture Capital Conference at the Waldorf Astoria in New York City, which drew hundreds of attendees. It also helped deliver a “huge home run” to KKR LPs, said Navab, member and head of Americas private equity at KKR.

At the time of the buyout, many thought that acquiring the discount retailer didn’t make sense. A second buyout shop even backed out of the deal. After moving ahead, KKR  brought in a new management team and expanded the company by opening more stores.

Navab, who said he didn’t work directly on the deal, credited the firm’s retail team, led at the time by now-retired Mike Calbert, with the success. Nate Taylor has since taken over the role.

During his appearance Navab also spoke more broadly about the firm’s post-financial-crisis strategy. KKR made a move to “lean in” to the U.S. economy early in the economic recovery, he said, and it is currently being more selective about domestic buyouts, given rising valuations, he said.

Overall, Navab sees the United States as being in the middle to late-end of the economic cycle, although he said business conditions here remain stronger than in other parts of the world. KKR has been in talks with strategic buyers about selling its portfolio companies—a common refrain these days among buyout professionals with properties to sell.

CEOs at KKR’s portfolio companies are “positive but not overly optimistic” about their business prospects partly because of uncertainty about an economic recovery in Asia, Europe and other regions, he said.

Meantime, KKR has become a more mature company, expanding into the hedge fund-of-funds business with its acquisition of Prisma Capital Partners and diversifying through energy, infrastructure, credit and real estate investments, he said. Within credit, KKR sees a further opportunity to provide loans to middle-market companies abandoned by bigger banks, he said.

And what advice would Navab give to MBA students attending the event? Navab said education and degrees will only take you so far. He urged them to remember that “people do business with people they like and trust.”