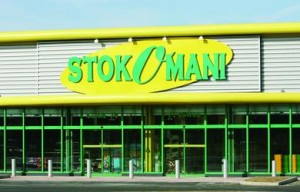 The management team has invested alongside Advent in the new deal and Pascal Stefani, associate director of France, said: “We are delighted to become partners with , a company with strong prospects and a unique concept in a growth market. Advent has been following the company’s performance since 2003 and we have already successfully invested in two discount enterprises in the US (Dollar Express) and in the UK (Poundland). The acquisition reflects one of our core strategies: investing in a growth sub- sector with specialised distribution.”

Stokomani was founded in 1962 and operates 18 stores across France located on the outskirts of large towns. With over 500 employees, it offers a range of products spanning beauty, homeware, personal equipment, recreation and food sectors, and has more than doubled its turnover in five years, reaching €83m in 2006.

Emmanuel Pelillo, managing general president of Stokomani, said: “Stokomani is planning to double its network of stores between now and 2011, to increase our customer base by several million, to acquire stock clearance from a larger number of industrials and to create more than 350 jobs in 4 years. The backing and support of Advent will be vital.”

Advent International started investing in France in 1985, opening its Paris office in 1997. Previous French investments include: Sportfive, the sports rights agency which was acquired by Largardère in December last year; Loxam, a short-term equipment rental for the construction industry, sold via a combined tertiary buyout and sale to management; Materis, the speciality materials division of Lafarge, acquired by LBO France; Elior, a food services businesses that is now floating on the Premier Marche; MCI, a supplier of refrigeration and air-conditioning services, acquired by Johnson Controls; and BCS, a manufacturers of pre-baked frozen bread and viennoiserie, acquired by Ardem.

The French buyouts market recorded its highest ever total by value in 2006, reaching €32bn according to CMBOR, just €7bn less than Europe’s leading market the UK.