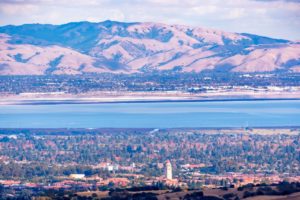 Altamont Capital, formed by ex-Golden Gate executives, has taken a while to get back with its next flagship fund, and bridged its capital gap with an annex fund during the pandemic.

Altamont, based in Palo Alto, last closed a flagship – Fund III – in 2016/2017. The firm will be out in a fundraising market that is tilted heavily toward established managers who are raising larger funds and creating new products to take up more LP allocation.

The firm is targeting $1.3 billion for ACP Investors IV, which held a first close recently, according to a person with knowledge of the firm, as well as a Form D fundraising document. The Form D doesn’t indicate a target or how much the pool has raised so far. Lazard is working as placement agent on the fundraising, according to the document.

Altamont is moving out of emerging manager status, which for Buyouts is classified as Funds I through III. With Fund IV, the firm, launched in 2010, will move into established manager territory. Altamont tends to focus on complicated situations like carve-outs, turnarounds and founder transitions in mid-market businesses across sectors like business services, consumer, financial services, healthcare, industrials and restaurants, according to its website.

Fundraising could be challenging, one of the sources told Buyouts. Altamont has historically had a concentrated LP base and so may need to work to expand its universe of investors for Fund IV.

Also, Altamont took longer than usual to deploy its third fund, which raised at least $770 million across Fund III (with 13 investors) and Fund III-A (with 16 investors), according to two fundraising Fund D filings from 2016. Fund III and Fund III-A had a combined gross asset value of about $1.9 billion.

Altamont also raised an annex fund in 2020, during the pandemic, to support the portfolio, according to sources and a Form D fundraising document. The annex fund allowed the firm to bridge the gap between the prior fund getting close to full deployment and raising fresh capital.

Slower deployment can leave LPs with questions about a firm’s ability to find deals. Funds that focus on value-investing, or finding companies in transition situations, have had a tougher time finding opportunities in the bull market of the past decade. However, considering the current market volatility and potential for the economy falling into recession, that outlook may change.

Altamont’s principal owner is Golden Gate co-founder Jesse Rogers, according to the Form ADV. Rogers formed Altamont along with managing directors Randall Eason and Keoni Schwartz. One senior executive, Alex Rolfe, a managing director who worked at Altamont since 2010, left in 2019 and formed Rainier Partners alongside Jon Altman, who also worked at Altamont from 2010 to 2015.