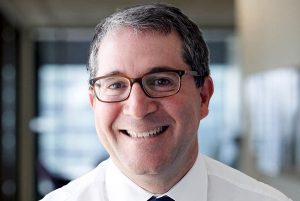 Altas Partners, which helped pioneer a surge of private equity funds with flexible hold periods, is coming back to market with its next flagship that could target up to $5 billion, sources told Buyouts.

Firms that have performed well are finding friendly reception from limited partners, who want to build their exposure to the asset class but are mostly looking to support established managers in an economy that continues to recover from the pandemic lockdown.

Timing on Altas’s next fundraising is not clear; the fund is not yet live in market, sources said. The firm has been talking to limited partners about the next pool, according to two LPs with knowledge of the firm.

The fund, which will be the firm’s third commingled pool, will likely target in the range of $4 billion to $5 billion, the LPs said.

Altas’s strategy has three facets: first, flexible hold periods, which it can apply to certain assets it feels deserve longer holds than what are normally permissible under traditional PE structures. Second, the firm has a high bar for investing, which means out of the hundreds of companies it sees each year, it makes one or two investments per year. Since inception, Altas has only made nine investments.

Third, the firm looks for companies that are high-quality, but have room to grow. “Those are hard to find, great businesses but also ones you can get to the next level,” one of the sources told Buyouts.

The expectation is, the firm will continue to adhere to the same discipline and pace, but will have more room with the bigger pool to pursue larger investments. In December, the firm completed an investment alongside Ares Management in Unified Women’s Healthcare.

The firm, formed by Andrew Sheiner, a senior executive at Onex Corp, has grown at a relatively quick pace, closing its first commingled pool on around $1 billion in 2016 after having invested on a deal-by-deal basis since inception in 2012. Altas closed Fund II on its $3 billion hard cap in 2019. Fund II, still early in its j-curve period, was generating a 6.9 percent gross IRR, and negative 8.4 percent net IRR, as of Dec. 31, 2019, according to information from the Alameda County Employees’ Retirement Association.

Update: Fund II was generating a 13 percent gross IRR as of the end of 2020, according to a source familiar with the firm. Long-term, Altas’s returns exceed 30 percent since inception, the source said.

“An astute investor said to me, ‘This business is crazy; we invest in your funds, we buy businesses through those funds, you then sell them to another fund – we’re then invested in that fund.’ There’s a lot of friction in that transaction. And that would seem suboptimal and not ideal for management teams either,” Sheiner told Buyouts last year.