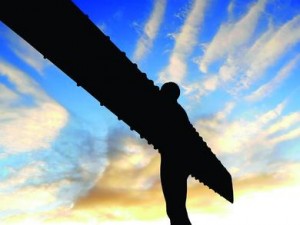 According to the latest data from Brussels based European Business Angel Network (EBAN) the number of angels active within and outside of formal networks is now 75.000 individuals, investing around €4bn annually, figures more or less in line with 2007.

Most key indicators of the angel market improved in 2008, and while close to half of respondents reported slowdown in late 2008, most saw positive trends again in 2009, EBAN reported in summary at its recent Winter University event.

The number of angel networks in Europe has again increased, more angels were recruited than left networks last year, and networks in most countries saw a growth in the number of their members and in quality-deal flow.

Average deal size rose slightly between 2007 and 2008. EBAN speculates that this could be indicative of investments made last year in existing portfolio companies that would traditionally have had access to other sources of capital. ICT and Software remain the predominant areas of investment for angels Europe-wide.

Business angel networks continue to collaborate significantly with other investors, in particular early stage VC funds and family offices. “This trend is likely to increase in coming years as the equity gap continues to widen,” suggests EBAN.

Its views echo comments from technology investment specialists such as

Robert Lang, CEO of Result, the international business growth consultants and managers, who is also a venture partner with Hasso Venture Partners, a German VC focused on IT and cleantech.

Speaking in his capacity as president of the European Tech Tour Association’s recent Web & Mobility Summit in Montreux, Switzerland, Lang welcomed evidence of increasing angel activity in these sectors.

“One driver of angel investment in the internet area is the dramatic reduction in the cost of prototyping and market testing for web companies,” said Lang. “We can now fund eight to 10 start-ups for what one would have cost in 2002.”

Platforms such as social networking websites and apps for the iPhone also show within weeks whether a technology can gain traction in a market. Infrastructure improvements, a larger and more experienced skills base, and VCs’ willingness to invest further along the funding cycle encourage angels too.

The governments of Belgium, France, Ireland, Italy, Germany, Luxemburg, Portugal and the UK provide fiscal incentives for angels investing in start-ups. But while

Lang welcomed these in general, he warned policy makers that poorly conceived measures could contribute to the creation of unsustainable technology investment bubbles.

In particular, he cautioned against setting tight deadlines for taking up incentives as governments respond to fears of a serious funding gap arising from recession. This risks driving investment into deals of insufficient quality to generate acceptable returns for investors further down the line, Lang argued.

Investors faced with such a choice might end up backing business concepts without due regard to whether there will be sufficient future demand to sustain a number of competing companies in particular markets, he explained. A bubble could result.