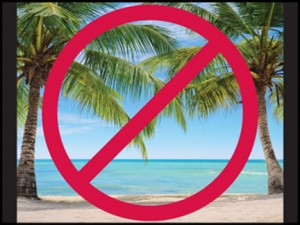 “We were told some [other LPs] aren’t allowed to stay in the meeting if content is not related to investments,” a managing director of a Boston-based mid-sized limited partner firm told Buyouts. “Instead of listening to James Taylor, [they’d] have to listen to an economic lecture.” An Oaktree Capital spokesperson declined to comment.

With annual meetings now in full swing, a more austere tone dominates than in past years. Reasons include tighter policies on gift-giving at public pensions, closer scrutiny of general partners by regulators, tighter GP budgets during a time of difficult fundraising, and a growing desire by LPs to use annual meetings as part of their ongoing due diligence of GPs.

“There was an old quip in the business that if the investment performance returns are down, then you’d better think of…wine and dine,” said Terry Mullen, partner at New York-based Arsenal Capital Partners and a veteran of Thomas H. Lee Partners and Morgan Stanley & Co. “Now when performance is down, the adage is to be transparent and as real as you can with people about the good and the bad. The mega-theme is transparency.”

While formats vary greatly, many GPs today will hold annual meetings locally at a hotel—often during the spring although annual meetings are now held in the fall and other times of the year. They last anywhere from half a day to two days. They often revolve around giving investors an update on fund performance, and give GPs a chance to showcase their expertise in health care, IT and other industries, sometimes with the help of portfolio company executives.

To be sure, sponsors may still invite outside speakers to regale investors over lunch or dinner. But today those speakers are more likely to talk about politics or economics than they are to provide pure entertainment. The result for GP and LPs: more work gets done.

“Annual meetings have value primarily for informational content on markets, on GPs, and on portfolios,” said Stephen Moseley, co-founder of Rockland Management LLC, a private equity consultant based in Princeton, N.J. “To the extent that value can be condensed and captured in one day, everyone’s better off. Besides, the cost of these meetings is normally borne by LPs…And that often-overlooked reality can take some fun out of a trip to, say, Pebble Beach.”

“Larger funds eight or ten years got to the point where they’d offer a resort-oriented annual meeting for a couple of days with spouses invited,” recalled a partner at a Chicago-based funds-of-funds manager. He recalls seeing Kevin James, star of the hit TV show “King of Queens,” at one such meeting.

Golf and ski outings also play a big part in annual meeting lore. “There used to be stories of trips to Pebble Beach or a Vail weekend paid for by the fund,” said a Chicago-based vice president of a funds-of- funds specialist. Spokespeople for the five mega-firms named above declined to comment or did not reply to interview requests.

But when the financial crisis took hold in 2008 and 2009, private equity firms came under scrutiny from legislators and regulators, fairly or not, for having contributed to systemic risks. The Bernie Madoff Ponzi scheme and pay-to-play state pension fund scandals— some of which continue—also drew the attention of policymakers toward alternative investments.

“People recognize our industry as a whole is under more of a microscope,” said Bassem Mansour, co-CEO of Resilience Capital Partners, a lower middle-market buyout firm based in Cleveland. “There’s a lot less private in private equity nowadays.”

Now that most buyout firms are registered investment advisers, the Securities and Exchange Commission is particularly focused on the disclosure of fees and expenses that they charge investors, and compliance with their stated fee policies.

“Included within these fees and expenses may be gifts and entertainment, and the SEC has been finding that some funds don’t comply with their own policies on gifts and entertainment,” said John Koeppel, head of private equity funds for corporate law firm Nixon Peabody LLP. The SEC is sifting through language in partnership agreements in an effort to increase clarity on whether expenses get billed to the GP or the fund, he said.

“This is a particular area of concern for public pension investors, most of whom have extensive restrictions on receipt of gifts from funds,” Koeppel added. “By way of example, some public pension system investors cannot even receive a free lunch or a can of soda at the fund’s annual meeting.”

California, which runs some of the largest pension funds in the world, imposes a limit of $440 on gifts to investment officers, and all gifts over $50 must be disclosed publicly on an annual statement of economic interests, said Dominique Word, a spokeswoman for California Fair Political Practices Commission. Those rules cover any gratuities received at annual fund meetings.

In a public demonstration of the seriousness with which the commission takes gift-giving, a few years back 16 employees at the California Public Employees Retirement System and other ex-employees agreed to pay fines ranging from $400 to $3,600 each for failing to report gifts from investment firms, including a hot air balloon ride, Rose Bowl Tickets, and a $100 face scrubber.

As part of the action, portfolio manager Shaun ‘John’ Greenwood agreed to a $3,600 fine for 18 alleged violations of California’s gift policy, including taking tickets to Cirque du Soleil from the Carlyle Group, regulators said. It isn’t clear if any of these gifts were given in the context of annual meetings, but that wouldn’t be surprising.

Josh Lerner, a professor at Harvard Business School, said toned-down annual meetings fit into the trend of rising LP influence. “In general, there has been much more candor about bad news and disclosure in…annual meetings,” Lerner told Buyouts. “There’s less emphasis on just putting on a good show. Obviously, this reflects the changed balance of power in the industry.”

Indeed, an executive with a Canadian fund-of-funds manager estimated the typical mid-market annual meeting now costs in the low tens of thousands of dollars, which covers meeting space at a hotel for a day or two and dinners for maybe 100 clients. For the most part, funds bear the expense of the annual meeting, rather than GPs, which is yet another reason that lavishness may be on the wane.

The partner at a Chicago-based funds-of-funds manager that we spoke with said some buyout firms still offer well-known speakers at meetings, but not at a huge cost.

“A lot today will have political folks like Bob Woodward, Tucker Carlson, or a pundit from a cable news show,” he said. “The intention is to be non-business, but what affects politics affects business. Most groups are pretty good about bringing in a conservative one year and a liberal the next just to keep it on an even keel.” Other recent speakers he recalled: Billy Beane, general manager of the Oakland A’s who spoke about the book, Moneyball, and Freaknonmics author Steven Levitt.

“More groups are using annual meetings as a forum to interact more closely with their LPs and set themselves up for their next fundraise,” he added. “An annual meeting is usually a good opening salvo in that effort.”

Carlyle Group played up its positioning as an expert on government by presenting several former U.S. secretaries of state to discuss the wars in Iraq and Afghanistan at a 2010 annual fund meeting, according to a source who attended the session. It’s not clear whether Carlyle Group paid for those speaker to come.

Todd Tidgewell, a partner for Nixon Peabody who works with buyout shops, said firms still offer some perks like a nice dinner simply to attract more business, get their clients excited, and outflank their competitors. “It’s all driven by the LPs,” he said. “If LPs wanted to hold a meeting in a windowless basement in Plattsburgh, N.Y., the GPs would do it.”

And what LPs want these days is a greater emphasis on work at annual meetings. “It’s difficult to get a feel for the company if you just read quarterly reports,” said the vice president at the Chicago-based funds-of-funds manager, adding that he values the chance to hear executives at portfolio companies speak at the meetings. “It’s nice to be able to sit there and bang questions off these guys.” Still, he expressed a wisp of regret for what’s been lost. After 2008, he said, the “first thing to go” was the “big, lavish” annual meeting.

“The meetings are pretty boring now actually,” he said. “I went to a meeting last weekend and we got a burlap bag.”