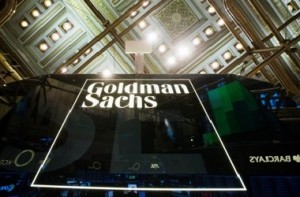 Anthos recently filed a Form D revealing it is targeting $300 million for its third fund. A limited partner source who has heard the fundraising pitch said Anthos has expanded the scope of its fundraising for this vehicle, reaching out to a broader base of potential investors than it did with prior funds.

Anthos targeted $70 million for its second fund in 2013, according to a Form D filing, and apparently exceeded that amount. Its latest Form ADV filing shows Fund II with gross asset value of about $82.7 million.

Anthos, with offices in Menlo Park and Santa Monica, started life with backing from Goldman Sachs executives. The firm was founded by Gavyn Davies, John Hagerty, Thomas Healey, Bryan Kelly, Paul Farr and Eff Martin. Kelly and Farr are listed as managing partners on the firm’s website and they appear on the firm’s Form D filings as managers of the firm.

The firm’s sixth co-founder, Hagerty, previously was a partner at Healey Development and spent 20 years at Salomon Brothers and Merrill Lynch.

Anthos got into a public spat in 2012 with CrossFit co-founder Greg Glassman after offering to buy a 50 percent stake in the company from Glassman’s ex-wife. The issue was resolved when Glassman bought out his ex-wife’s stake, with the help of a $16 million loan from Summit Partners, according to media reports from the time.