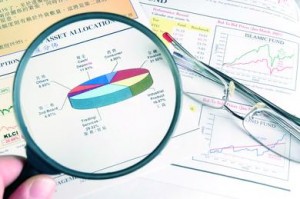 A survey of LPs carried out by EVCJ and has found that 15% of those polled are intending to increase their allocation to venture in 2008, with most favouring technology and financial services investments. Although this seems a modest finding, it could reflect a gradual shift among some LPs to European venture, which has been struggling since the technology bubble burst at the beginning of the millennium.

The survey found that nearly three-quarters of LPs expect venture returns of 20% or more in 2008 and the average allocation to venture of those polled was 14.5%. When asked about their view on venture investing in 2008, many said they expected a strong year and that the fundamentals for European venture were better now than for many years. Others highlighted what they saw as reasonable valuations and more promising exit prospects.

Last November a study by the was published that showed that, although LPs were either neutral or marginally negative on European venture, they believed there were more high-quality investment opportunities and a better exit environment.

“The really bad times are over and there’s been a tremendous clear-out in European venture, with the teams left standing much stronger and able to close new funds,” says John Holloway, director of investments at the EU-backed (EIF). He adds that the froth has disappeared and left the good teams still in the business.

Last year the EIF invested €220m to €230m in 15 venture funds, including Abingworth, Global Ventures, Kennet Partners and Wellington. Holloway says that many European fund-of-funds and the European branches of global fund-of-funds are showing renewed interest in European venture. “Like us, firms such as HarbourVest, AlpInvest and Adveq are happy to invest €15m to €20m per fund and that means a fund can raise €250m to €300m.”

Pieter van der Meer, senior partner at , says he has noticed a more positive attitude among LPs. Last March, Gilde Healthcare closed its second fund, at €150m, one of the largest to invest in European healthcare. The original target was €125m. “The total amount of money going to private equity has increased, as has the amount going to venture,” he says.

He argues that the European venture industry has become more mature and that investors are not having to base their decisions any more on just one or two exits: “Now funds have a track record and the long-term relationships that funds have been developing with investors are starting to pay off.”

Ivan Vercoutere, a partner at fund-of-funds , says that the fund has about 20% in venture, of which a third is in European venture. The fund has been a consistent investor in European venture for the last three to five years, he says. “Many investors shunned European venture after the tech bubble burst, which was a mistake because there have been good opportunities and we’re starting to see that reflected in exits like Skype. Other impressive exits are in the pipeline, both in life science and technology, and in many cases returns have been better than for US venture.”

Some in the industry believe the current credit problems facing buyout funds could benefit the venture industry. “The fact that venture funds don’t need leverage has helped us,” says Pieter van der Meer. But others say the credit crisis has so far not had a significant impact on investment in venture. “It’s too early to say if there’s been an impact, but so far I don’t think it’s either helped or hindered the venture market,” says Holloway.

But, while LPs may be cautiously optimistic, they also highlight the challenges facing European venture. John Holloway says: “The reality is that we are still only seeing LPs like Adveq or AlpInvest, which have the resources to do the research on venture. The mainstream institutional investors, like pension funds, are not willing to do the due diligence required as it’s much easier for them to invest in a buyout fund.” He adds that there is further to go before returns from European venture are perceived as good enough.

Holloway says that even though most pension funds have an allocation to venture they are not, in fact, investing that allocation because of the due diligence required and the perception there is still not enough of a track record on returns: “It will take more than another year or two to attract institutional investors to European venture, but at least investors are back talking to venture funds. It’s still restricted to those LPs that really understand the asset class.”

LGT’s Ivan Vercoutere says one of the reasons why European venture is currently looking healthy is because of the limited capital that has been invested in the industry: “There hasn’t been too much capital raised and valuations are reasonable. I wouldn’t like to see too much interest from investors because that would begin to threaten what is a balanced ecosystem.”