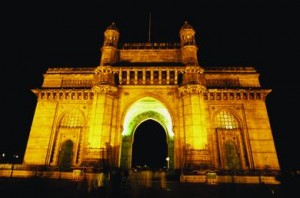 UK buyout giant has made its first independent investment in India, paying US$104m for an 11% stake in private healthcare group . The deal comes just under a year after the firm opened an office in Mumbai, and at the same time as it closes in on .

Apollo Hospitals Enterprise operates more than 40 facilities across India, making it the country’s largest private healthcare provider. It was founded in 1983 by entrepreneur Prathap Reddy, and currently serves 7.4 million customers with the aim of increasing bed capacity by around 30% every year. For Apax, the investment not only adds to the firm’s already bulging healthcare portfolio but is also a demonstration of its intentions for the country.

A McKinsey report published in 2002 stated between US$22bn and US$31bn will need to be invested in the Indian healthcare sector by 2012, 70% of which will come from the private sector. The growing wealth of the Indian middle class is driving pressure for improved standards of healthcare. According to The Economist, India has 0.6 doctors and 0.9 hospital beds per 1,000 of the population.

As a result, investing in the Indian healthcare sector has been a favourite of Western funds since the country emerged as a legitimate destination for private equity in the early to mid part of the decade. has investments dating back to 2004, when it invested US$44.2m in , a life insurance services and healthcare services provider. More recently, in March this year, one of India’s largest private healthcare companies, , received the backing of VASCO, an investment arm of McKinsey & Company, and UK firm Trinity Capital in a pre-IPO financing round, joining earlier investors Quantum Fund (George Soros’ hedge fund) and US firm Blue Ridge.

The sector is proving so popular it already has two dedicated funds: raised US$50m in January 2007, and Ajay Piramal, the 32nd richest man in India, according to Forbes, has launched a US$200m vehicle. , a Navi Mumbai-headquartered medical and biotech company, is also rumoured to be contemplating launching a private equity fund.

Another popular sector for investment in India is telecommunications. The growing spending power of the Indian middle class is driving demands for an improved fixed line and mobile phone infrastructure. India currently has 4.1 telephone lines per 100,000 of the population (by way of contrast, the UK has 56.4 lines per 100,000 people) and 4.4 mobile phone subscribers for the same number (102.2 in the UK). India needs to double the size of its cellular infrastructure over the next three years. The country has 1,10,000 telecom towers at the moment. By 2012 it is expected to triple in size as mobile subscriber numbers reach 500 million – telecom players are cashing in by selling off their tower arms.

One member, , is an Indian buyouts firm started by ex-DSP Merrill Lynch MD Amit Chandra and former McKinsey global head Rajat Gupta this year. It followed its maiden investment in Reliance with the acquisition of a 72.5% stake in Aster Infrastructure, another telecom tower company, towards the end of August for €41.7m. Telecoms group Tata Teleservices has drawn up a shortlist of buyers for its towers division, and Acme Telepower is reported to be considering something similar.

Sam Mahtani, manager of the Indian arm of asset manager , says: “With only a 14% national penetration rate in India, mobile operators such as Reliance Communications and Bharti Airtel have a great chance to grow their customer base.” According to Mahtani, some 6 million subscribers are added each month and rural areas, where the penetration rate is even lower at just 2%, present the most potential. “As India’s rural populous becomes more affluent, past experience has proved that one of first items a consumer is likely to purchase is a mobile phone.”

PricewaterhouseCoopers, in a half-yearly update on the M&A environment in India, reports over 200 private equity investments have been completed in the opening half of 2007 – the value figure is already at US$6bn, projected to reach US$10bn by the end of the year, surpassing the US$7.9bn for the whole of 2006. PwC also notes private equity is widening its focus to include not just the traditional sectors like IT & ITeS, pharmaceuticals & healthcare and telecom, but also real estate, banking and financial services, media & entertainment. Investment in banking & financial services accounted for over 20% of total private equity investment in H1 2007 compared to just 7% to 8% in 2005 and 2006. One of the best examples of this was the acquisition of a stake in one of the country’s biggest stock exchanges, the National Stock Exchange (NSE). NYSE Group, Goldman Sachs, General Atlantic, and Softbank Asian Infrastructure Fund, invested approximately US$500m for a 5% slice of the NSE in March.

The growth of Indian private equity is being aided by an increasing pool of private equity funds focused purely on India. In the first seven months of this year, US$2.5bn has been raised according to Asia Private Equity Review, only marginally trailing the full-year figure for 2005 (US$2.7bn) and within sight of last year’s record total of US$3.3bn. July saw the first US$1bn-plus fund raised by an Indian firm when closed on US$1.25bn for ChrysCapital V. It’s an aberration in an otherwise more modest market, one populated by funds closing below the US$100m mark, ignoring the large US and UK firms who invest from global or regional funds. Henderson Global Investors raised US$1bn for its Asian Pacific fund of property funds in July, and US technology investor Sequoia Capital took in US$300m for its third India fund the following month.

UK firm is also looking to raise an Indian-specific fund. Active in the country for many years, it really established its presence in 2005 with the appointment of Anil Ahuja to the Indian team. It made its first investment in April that same year when it parted with US$45m for a third of , a media group. Since then it has made a total of seven investments, and is planning on investing a further US$1bn over the next three years, with a significant portion coming from the coffers of the US$1bn infrastructure fund it is currently raising. A first close is expected shortly.

3i is focusing on four specific areas: power, toll roads, ports and airports. Over the course of the last year, the firm has made a US$50m investment in , paid US$44.4m in , and took a minority stake in , a specialist in power transmission and distribution equipment. Speaking about this deal, Ahuja said: “India is witnessing significant growth in the power sector, particularly in transmission and distribution. We have been impressed with what Ramesh and his team have achieved so far. Vijai is a clear leader in this space and we at 3i are excited and strongly believe in its growth potential. We are committed to supporting Vijai achieve its growth aspiration and create a global foot-print.” Power generation, transmission and distribution is seen as a key area by the Indian Government, which views improvements here as vital to economic growth, which includes a specific focus on the electrification of rural areas.

As a result of the huge strides the Government is seeking to make, 3i isn’t the only private equity firm also to have been busy establishing an infrastructure fund. , India’s second largest bank, is raising a US$2bn sector-specific vehicle. and have teamed up with the Infrastructure Development Finance Company (IDFC) and India Infrastructure Finance Company (IIFCL) to launch a US$5bn fund, and , an Indian outfit, is looking at a target of US$500m for its offering.

In times of economic turmoil, it is typical for investors to pull in their oars, reduce their exposure to risky assets, like emerging markets, and redistribute that money into safer hands. As the investment predictions shows, this doesn’t seem to the case this time around. With India looking at smashing last year’s record number of investments, international private equity firms are ignoring the problems at home and ploughing money into emerging markets like India.

India’s political stability, familiar legal system and strong economic growth are keeping the country attractive. Pat Hedley, a senior vice-president at General Atlantic, says: “India represents a very attractive region due to its growing middle class and the opportunities associated with that – growing sophistication of financial services, healthcare and other consumer products/services – and also because of the tremendous opportunities for global firms to tap into the large and educated population for a business services. We have many investments in some of the highest quality global business services firm, such as Genpact, Patni, Hexaware, IBS and Infotech.”

The next challenge is for firms to put all that money raised into play. In an Apax report published last year, the UK buyout firm placed India as the 32nd most attractive investment destination in a list of 33 (China finishing bottom). Whilst it acknowledged the benefits of a large, cheap and skilled labour force and the increasing spending power of the middle class, it also highlights the bureaucratic nature of the Indian regulatory system, the difficultly of setting up a new business, the strict labour laws, and the restrictive constraints on foreign investment. There is undoubtedly opportunity in India, but investors have to exercise a degree of caution as there remain significant barriers, which could seriously hinder a firm’s investment ambitions. The Indian Government has started to ease up on the red tape, but investors need to be wary of the herd mentality.