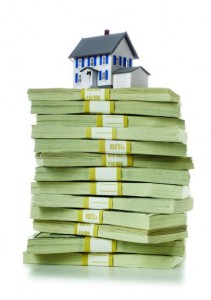 Apollo Real Estate Advisors bought the firm to run its new property business, headed up by David Ferguson, who launched Stoneleigh as a joint venture with the Canadian pension fund CDP.

In a statement Apollo said the fund would provide mezzanine to real estate investors as well as buying distressed property debt from banks.

Speaking to Reuters, William Benjamin, managing director of Apollo Real Estate Advisors in Europe, said “There are substantial opportunities, particularly in Western Europe and we already have a pipeline of transactions we are reviewing.”

It will be Apollo’s third real estate fund aimed at Europe, but its first aimed at property debt in Europe. Its second equity fund raised US$600m in 2005. A real estate debt fund was raised for the US market in January 2007, closing on US$625m.

Private equity interest in property has taken off over the last 18 months. According to statistics released by Private Equity Intelligence, private equity real estate funds are on course to raise more than US$100bn in 2008. In the opening quarter of 2008 alone, US$25bn has already been raised, with Blackstone Real Estate Partners VI becoming the largest fund of its type ever raised with US$10.9bn.