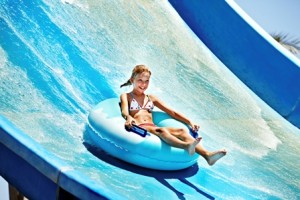 Apollo, which took Great Wolf private in 2012 for $703 million, is working with Goldman Sachs Group Inc and Deutsche Bank AG on a so-called dual-track sale process for the company, the people said this week.

An auction for Great Wolf is already under way and has attracted interest from other companies and buyout firms, the people said. An IPO registration for Great Wolf has also been filed confidentially with the U.S. Securities and Exchange Commission, and the company will go public if the offers do not meet Apollo’s valuation expectations, one of the people added.

The sources requested anonymity because the deliberations are confidential. Apollo, Goldman Sachs and Deutsche Bank representatives declined to comment, while Great Wolf Resorts did not respond to requests for comment.

The first Great Wolf Lodge hotel resort opened in 1997 in Wisconsin Dells, Wisc., and the company now has about a dozen resorts throughout North America. The company has annual revenue of around $325 million, according to Moody’s Investors Service Inc.

Apollo took over the company in 2012 following a bidding war with KSL Capital Partners LLC, a private equity firm focused on resorts and hospitality.