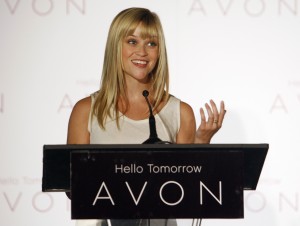 Avon said it had not received an offer.

The purported offeror, which identified itself as PTG Capital Partners, said in a filing with the U.S. Securities and Exchange Commission that it would pay $18.75 per share for Avon. See the filing here.

Avon, whose shares rose as much as 20 percent to $8.00, said it was unable to confirm PTG’s existence.

(Update: Bloomberg reported that Avon sent an email that states: “In response to an SEC filing made by an entity purporting to be named ‘PTG Capital Partners,’ Avon reports that it has not received any offer or other communication from such an entity and has not been able to confirm that such an entity exists.”)

Calls to the phone numbers listed for PTG in the filing were not answered.

The announcement also lifted chunks of paragraphs from the website of private equity firm TPG Capital to describe itself. PTG also gave an address that was similar to TPG’s in Fort Worth, Texas.

The PTG filing, which contains multiple errors of grammar, also refers to itself as TPG in places, further raising doubts about the veracity of the offer.

Avon shares slipped from their highs to be 3.7 percent higher at $6.91 in early afternoon trading on the New York Stock Exchange.

Back in January, Avon’s shares climbed after a number of media outlets picked up a report from Dealreporter that said TPG Capital was interested in buying the company.

(Reporting by Siddharth Cavale and Yashaswini Swamynathan in Bengaluru; Editing by Ted Kerr; Additional editing and reporting by Lawrence Aragon for Buyouts)