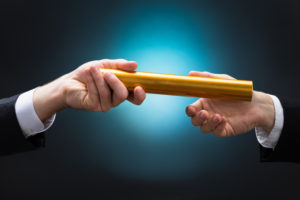 The appointment was part of a succession event, with Boulanger replacing Lauchlan Currie, who has been a top ARC executive for 25 years. Currie will remain with the firm, serving alongside Kevin Brown as co-chair, a statement said. He will also continue as a member of the executive and investment committees.

Like Currie, Boulanger has been with ARC since the 1990s, when it established an exclusive focus on investing in the oil and gas industry. He has taken on a range of senior responsibilities over time, including president and director, a role he has held since 2016.

Calgary’s ARC is arguably the dean of Canada’s energy PE fund community. Since 1997, it has raised a total of C$6 billion ($4.4 billion) over nine funds, according to its website, and deployed more than C$5 billion to over 180 growth-oriented E&P and oilfield services companies.

ARC’s succession comes at a time of unprecedented challenges for the oil and gas industry due a supply glut exacerbated in early 2020 by the Russia-Saudi Arabia price war. On top of this, measures taken to halt the spread of covid-19 eroded fuel demand. This has prompted severe financial disruption for energy businesses, a growing number of which are declaring bankruptcy.

Not surprisingly, energy PE firms are also facing headwinds. Since 2014, fundraising has been mostly in decline globally, PEI data show, with 2019 seeing the slowest activity in more than a decade. Barriers to closing funds and reaching targets are especially high for managers active in the upstream sector.

ARC was one of a handful of upstream-focused PE firms to wrap up a fresh offering last year. ARC Energy Fund 9 secured C$780 million from North American and European institutions.

In the statement, Boulanger said ARC is “positioned with capital” to invest in opportunities spawned by “a challenged and transitioning energy sector.”

ARC has about 25 active portfolio investments, according to its site. One of them, Longshore Resources, a Calgary E&P company backed in 2016, this month added to its assets by acquiring Rifle Shot Oil, Steelhead Petroleum and Primavera Resources.