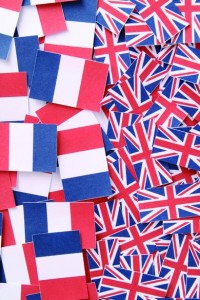 Anglo-French secondary investor has reached a final closing of ESD Fund IV after raising €354m. The fourth fund is focused exclusively on the European market and is more than twice the size of its predecessor. ARCIS specialises in the purchase of secondary positions in private equity funds from investors seeking liquidity.

A significant number of new investors participated alongside existing investors in the European fund. Limited partners include, pension funds, family offices, insurance companies, endowments and foundations, and sovereign funds. Investors were equally weighted between US investors and non-US investors, from Europe, Asia and the Middle East.

Managing partner of ARCIS Arnaud Isnard said: “The need for liquidity in private equity should continue growing significantly as in difficult market conditions more investors face the need to realise or restructure their investments.”

The secondaries space is one niche of the investment community which is expected to prosper whilst other areas flounder. According to Private Equity Intelligence, there are 21 secondaries funds in the market, looking for a combined £15.1bn, including .

Secondary sales are often unpublicized, but there have been a few this year that have reached the public gaze.

In July Norwegian-based oil and gas specialist has sold three of its investments to secondaries specialist for an undisclosed sum.

In June, UK secondaries giant acquired the portfolio of the , the listed vehicle previously owned by UK VC , for £24.2m. The portfolio will continue to be managed by Esprit.

Sticking with venture, UK venture secondaries firm closed its second fund on £25m in April, and made its first acquisitions with the purchase of a 13-strong investment portfolio from 3i for an undisclosed amount.