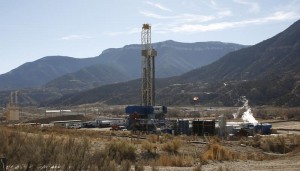 ArcLight, a Boston-based energy specialist, was expected to hold a final close at some point this summer, according to documents obtained from the Connecticut State Treasurer’s Office. Connecticut Treasurer Denise Nappier committed up to $85 million from the Connecticut Retirement Plans and Trust Funds to ArcLight Energy Partners Fund VI in July, spokesman David Barrett said in an email.

At the time of Connecticut’s commitment, ArcLight had already cleared the fund’s $4 billion target, according to SEC filings.

The firm’s previous fund, a $3.3 billion 2011 vintage vehicle, was netting a 12 percent internal rate of return as of March 31, Barrett said.

As with previous flagship funds, ArcLight will invest Fund VI in 15 to 25 midstream energy assets, with plans to commit between $100 million and $500 million per deal, according to Connecticut documents.

ArcLight’s Director of Public Relations Heidi Milne could not be reached for comment.