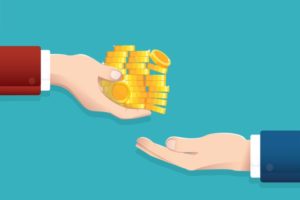 Ares Management is targeting $4 billion for its second junior capital direct lending fund, and has raised at least $500 million toward that target.

The latest bushel of money came from School Employees’ Retirement System of Ohio, which committed $100 million to the fund, according to a press release following its December 17 meeting. Ohio Schools created its private credit allocation last year, as Buyouts reported.

Ares Private Credit Opportunities II is an “upper middle market junior capital lending strategy,” according to documents from the website of Virginia Retirement System, which committed $300 million to the fund last year.

Junior capital refers to debt with lower priority for repayment than senior debt, with potential for higher return.

The other confirmed commitment to the fund so far is $100 million from Cathay Life Insurance, according to Buyouts data.

An Ares spokesman declined to comment about the fundraising progress.

The firm closed on $12.7 billion across several platforms, president and chief executive officer Michael Arougheti said during the most recent earnings call. Around $3 billion of that was split between an alternative credit, a liquid credit and a US direct-lending fund, as Buyouts reported.

The fund’s Form D was filed last November, soon after the earnings call, which indicated no investors in the fund yet. It also said the firm would invest $60 million in the fund itself.

The fund’s predecessor closed on $3.4 billion in December 2017, according to a press release. That fund also targeted junior capital for upper middle market companies in North America, with a focus on companies owned by private equity firms. Virginia also invested in that fund, as did San Bernardino County Employees’ Retirement Association.