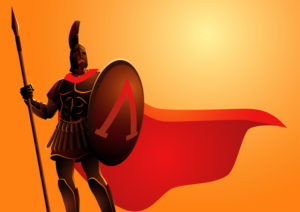 Ares Management plans to roll out a new series of flagship offerings in the next few months, including its latest corporate private equity vehicle.

The Los Angeles firm expects to begin “another commingled flagship fundraising cycle, with four of our largest fund complexes launching successor funds” in this year’s second half, CEO Michael Arougheti said in a second-quarter earnings call. First closings are targeted in 2023.

In the mix will be the PE group’s Ares Corporate Opportunities Fund VII, he said, as well as a sixth European direct lending fund, a second closed-end alternative credit fund, and a third US junior capital direct lending fund. No targets were disclosed.

In the past, Ares has typically upsized successor funds by about 20 percent to 40 percent. In answer to a question about whether this might also be the case for flagship offerings coming to market, Arougheti said “that would be our hope.”

“If you look at the sequential growth of the prior vintages, it has been within that range if not better,” he said. “I’m less focused on fund size and fund growth here because all those fund products actually pay on deployment.”

Fund VII’s 2020-vintage predecessor secured more than $5.7 billion, according to second-quarter documents, against a reported target of $9.25 billion. The prior 2017-vintage pool brought in more than $7.8 billion.

Applying the firm’s traditional successor upsizing range to Fund VII (using the actual amount raised by Fund VI), the target would be roughly $7 billion to $8 billion.

Fundraising challenges have recently risen in tandem with uncertainty and volatility. Dynamics have also changed as GPs, who continue to bring new products to market at a fast pace and with bigger tickets, are meeting reduced supply due to cash-strapped LPs. This is expected to slow the pace of fundraising.

Global fundraising dropped in 2022’s first half, according to preliminary data compiled by Buyouts’ sister title PEI. PE funds collected $337 billion at the end of June, down 27 percent from a year earlier.

Arougheti acknowledged fundraising difficulties, noting they are “largely for the time being a private equity phenomenon” caused by the denominator effect’s impact on LP allocations. Experience, he said, suggests this will draw out timelines “as people resolve their allocations and available capital.”

The firm’s other flagship PE offering, Ares Special Opportunities Fund II, remains in the market after its hard-cap was bumped up to $7.1 billion from $6.1 billion, CFO Jarrod Phillips said.

In its first-quarter earnings call, Ares reported the pool was effectively closed. The decision to instead increase the cap resulted from “strong client demand,” he said, as well as fresh opportunities in a turbulent environment. It is expected to wrap up in the third quarter.

The special opportunities strategy invests debt and non-control equity in situations of transformational change or stress. It complements the corporate platform, which focuses on control investing in mid-market businesses in consumer-retail, healthcare, industrial and service-tech sectors.

Ares raised $16.4 billion of new capital in the second quarter, most of it for an array of private credit vehicles, bringing total inflows since January to just over $30 billion. This helped to grow managed assets to $334 billion, up 35 percent year over year.