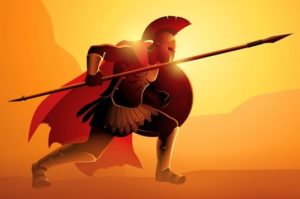 Ares Management set the target for its next major fundraising campaign, which will include a seventh flagship buyout offering.

“We are at the beginning stages of launching a significant fundraising cycle for a number of funds where the predecessor funds were among our largest commingled funds,” CEO Michael Arougheti said in a third-quarter earnings call.

“We have recently launched or expect to launch commingled funds in the next three months that will target more than $45 billion, inclusive of fund leverage,” he said. First closings for several of these are anticipated in the first half of 2023.

In the pipeline is the latest offering of the firm’s corporate private equity strategy, Ares Corporate Opportunities Fund VII.

A specific target for the vehicle was not disclosed. In the past, however, Ares has typically upsized successor pools by about 20 percent to 40 percent. Using this as the measure, Fund VII could shoot for roughly $7 billion to $8 billion, Buyouts reported in July.

The firm is feeling hopeful about its prospects for reaching the $45-billion-plus target, despite a slowdown in the North American fundraising market, created in part by overallocated LPs.

“There has been a lot of discussion in the market about the denominator effect and slowing allocations to alternatives by investors,” Arougheti said. “Through the end of the third quarter, we have not experienced this to the same degree that we understand others have.”

Ares secured $14.2 billion in fresh capital in the third quarter, bringing amounts raised since January to more than $44 billion. The $14.2 billion was spread across more than 50 vehicles, with the credit strategy accounting for just over half. On the PE side, $1.3 billion flowed into a second special opportunities pool, helping it to wrap up at a $7.1 billion hard-cap.

Another milestone of the period was the close of a debut sports, media and entertainment offering. Ares Sports, Media and Entertainment Finance, a debt-equity hybrid, collected $3.7 billion, almost $2.2 billion of it committed capital.

Like Ares, other large incumbents that recently embarked on hefty fundraising campaigns, such as Blackstone and Carlyle, have remained mostly sanguine about the tougher environment. In some instances, this owes to greater reliance on alternative capital sources, such as foreign LPs who are not experiencing the liquidity challenges of their US counterparts.

Assets managed by Ares totaled $341 billion at the end of September, up 21 percent year over year.