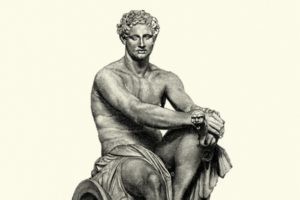 Ares Management is back to market with a new debt fund, Ares Pathfinder, targeting $2 billion with no hard-cap, according to documents from the Utah School & Institutional Trust Fund. It is just one of many new funds the firm plans to launch in 2020.

Ares Pathfinder is a re-branded and re-worked strategy following an apparently disappointing performance for its previous fund. “Pathfinder” is the new moniker for the Ares Indicus Credit Opportunities Fund series. The most recent ICOF fund, Ares ICOF III, closed on $405.2 million of its $500 million target in 2017, according to sister title Private Debt Investor.

The Indicus name was a carry-over from Ares’s 2011 acquisition of Indicus Advisors, as Buyouts reported. The new fund’s target is four times that of its predecessor.

The fund has a 1.125 percent management fee with a 0.02 percent administrative fee on committed capital. Carried interest is 20 percent with a 6 percent preferred return and European-style waterfall distribution structure. Ares wants to close the fund in September. Its target internal rate of return is 11 percent.

According to the Utah documents, the re-branding reflects “an expanded mandate and opportunity set.”

According to Utah staff, for the Pathfinder fund Ares has “expanded the underlying opportunity set within each vertical and has invested significantly in hiring specialized investment professionals,” meaning the new fund would consider a broader menu of possible assets to use as collateral for loans.

The reason for this shift, and for all the new hires, appears to be issues with the third fund. Utah staff said the first and second funds in this series, with 2008 and 2012 vintages, respectively, were top-quartile performers based on TVPI. ICOF III, however, has under-performed as of December 2019, due to “unrealized losses from the fund’s CLO exposure.”

According to another Utah document, ICOF III’s internal rate of return as of June 30, 2019 was 7.5 percent, placing it in the fourth quartile.

Utah committed $25 million to ICOF III, but only $15 million to Pathfinder. Staff said it would “reevaluate future commitments to Ares” should this new strategy fail to perform, but did not tie the lower commitment to ICOF III’s performance.

“The reduction in commitment size from ICOF III to the Pathfinder fund represents the natural evolution of [the office] and our desire to further diversify our private markets exposures as our resources and capabilities increase,” staff said.

Utah also is receiving a 0.125 percent management fee discount for committing before the fund’s initial close, and staff added that “all origination and related structuring fees received by Ares will offset management fees payable.”

In August, Ares hired Joel Holsinger, a veteran of Fortress Investment Group, as co-head of alternative credit. He works alongside Keith Ashton, who came to Ares with the Indicus acquisition. The Utah memo said there were 18 people on staff supporting them.

As of December 31, Ares had $110.5 billion is assets under management in its credit business.

On its 2019 fourth-quarter and full-year earnings call, Ares executives said the firm would be taking several new flagship funds to market in 2020, but did not mention the Pathfinder fund.

Ares President and CEO Michael Arougheti said that included its sixth flagship corporate PE fund with a $9.25 billion target, inaugural alternative credit and infrastructure private equity funds and an inaugural special opportunities fund that had already raised $1.6 billion of a $2 billion target. Arougheti said there could be additional funds launched as well.

Ares also announced Thursday that retired firm co-founder John Kissick would step down from the board and be replaced by Kipp deVeer, the head of Ares Credit Group.

Ares did not respond to a request for comment for this story.