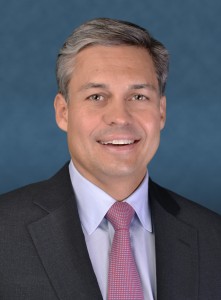 The Ares-Varagon effort marks the emergence of another deep-pocketed player in the lending space, as firms move to address demand for loans caused by a retreat from the business by traditional banks. Ares Capital said it’s teaming up with middle-market direct lender Varagon to form the senior direct lending program, with American International Group (AIG) as an anchor investor. Meanwhile, TIAA-CREF said in April it’s launching Churchill Asset Management with a team that formerly worked at The Carlyle Group, in a move to ramp up its own senior lending business.

Industry players said they couldn’t see any major technical difference between the SSLP structure Ares had with Antares and the new senior directing lending program that Ares is launching with Varagon Capital. “They are pretty much the same,” said one executive at a competitor who did not want his named used. ”It’s a name change … so it is not to be confused with what was happening at GE-Ares.”

CPPIB-Antares and Ares-Varagon are expected to compete by offering “one-stop loans” that include unitranche loans, which weave senior and subordinated debt into one instrument. The older Ares-Antares duo focused mostly on senior lending.

With such large players such as AIG, CPPIB and TIAA-CREF wading into the middle-market lending space with deep pockets and a low cost of capital, it could put pressure on smaller lenders such as Business Development Companies (BDCs), one observer said.

Led by CEO Walter Owens, a veteran of GE Capital, CIT Group, and TD Bank, Varagon launched in 2013 and has drawn $1.5 billion in backing from AIG, with support from Oak Hill Capital Management.

The senior direct lending partnership plans to supply sponsors and management teams with “flexible capital with speed and certainty and without syndication requirements,” according to a statement. The loan program will commit and hold individual loans of up to $300 million. Ares Capital may also co-invest for larger transactions. It’s got slightly different parameters than than the Antares-Ares SSLP, which had $11 billion of available capital and could hold up to $350 million in a single transaction for borrowers.

Ares Capital CEO Kipp deVeer said the new alliance will help the firm maintain its “market-leading position” in the lending world, according to a statement.

“There are a number of credible lenders that could have partnered with Ares, and it would appear from today’s announcement [on June 17] that AIG-backed Varagon Capital would be a natural fit,” he said.

In a sign that Wall Street supports the new lending partnership, shares of publicly traded Ares Management, the parent of Ares Capital, rose nearly 3 percent the day after the pact was announced. Keefe, Buyette & Woods upgraded Ares Capital Corp to outperform on June 18. Analyst Greg Mason said the new lending program with Varagon “should have the size and expertise to fill whatever gap is left by the GE joint venture over time,” according to a research note.

The Ares Capital-GE relationship dates back to 2009, when Ares Capital paid $165 million in cash for Allied Capital’s stake to join up with GE Capital in the senior secured loan program. The program now tips the scales at $7.3 billion and is the largest and oldest of a crop of SSLPs. Meanwhile, Ares Capital currently ranks as the largest Business Development Company (BDC) by market cap.

All told, the SSLP has committed more than $19 billion in senior secured loans in the past five years.

CPPIB and GE signaled the potential end of the SSLP with Ares in the announcement about the sale of Antares, which is expected to close in the third quarter. Ares had said it was entertaining other suitors shortly after GE said it would sell Antares in April.

Ares Capital’s deVeer said on May 4 that the firm was having “active and productive dialog with a few potential partners” about buying GE’s interest in the lending partnership or launching a new lending program.

“We believe that partnering with us … will be attractive to a number of third parties,” deVeer said on the firm’s quarterly conference call with analysts. The SSLP remains active with five pending deals expected to close, he said.

“We have strong relationships with these companies in the SSLP, and we would expect to be well positioned to have Ares Capital continue to provide them with capital, either alone or with a new partner in the SSLP, or through a new program,” deVeer said.

Meanwhile, CPPIB stands to emerge as a major force in middle-market lending with the addition of GE Capital.

As of March 31, GE ranked second in loans under $100 million with $871 million, according to Thomson Reuters Loan Pricing Corp. GE Capital led the pack in deal volume, with 22 transactions. In the year-ago period, GE ranked seventh with $503 million in loans and nine transactions.

In a sign that big banks are pulling back from the business, J.P. Morgan sank to No. 7 with $411 million in loans under $100 million in the first quarter, down from No. 1 with $1.4 billion in loans in the year-ago quarter.

Unlike a private equity firm that typically owns a portfolio company for three to five years, CPPIB runs a $216 billion pension with an objective of driving returns over decades.

Wells Fargo analyst Jonathan Bock said CPPIB’s purchase price for Antares implies a premium of $600 million on the book value of the business and its loans.

Adam Vigna, managing director and head of principal credit investment for CPPIB, said the pension sees Antares as a large, scalable and growing opportunity in the largest single player in middle-market loans.

“While middle-market credits are smaller, they tend to offer attractive returns, deeper access to, and familiarity with borrowers for more in-depth due diligence and tend to have ‘stickier’ relationships over the long term,” Vigna said in an email.

CPPIB stepped up rapidly to buy Antares after concluding it would be unable to efficiently replicate or build without purchasing an existing platform, Vigna said.

Antares Capital will be run as a standalone business under its current leadership of David Brackett and John Martin, managing directors of the Chicago-based lender.

Antares holds a book of more than 400 loans, but more importantly, the firm offers a deep bench of experience in originating middle-market deal flow in the leveraged loan market, Bracket and Martin said.

“There was certainly a sense that we were best positioned if we would move quickly in identifying a new buyer,” Martin said.

“What that told us was the the ability or investors to be able to participate in the kind of credit we originate was very high,” Brackett said. “It’s viewed as a very attractive place to invest in the current marketplace.”