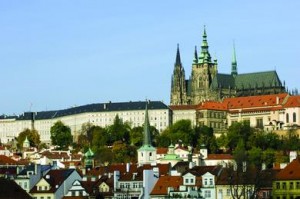 The buyers, EuroDruck Services, is the commercial printing arm of Verlagsgruppe Passau, the German media group. Following the acquisition of Svoboda, the business now employs over 2,000 staff, and has shares in companies in four countries in Central and Eastern Europe: Germany, Austria, Poland and the Czech Republic.

The sale of Svoboda is the third full exit from Argus Cpaital Partners’ first fund, and has generated an IRR of 25%. It first invested in the business in January 2000, taking a majority stake, and since then the company has grown from the third largest commercial printer in the country to the largest, with sales more than doubling and EBITDA more than trebling.

Ali Artunkal, managing partner of ARGUS, said: “When we invested in Svoboda, we were impressed by the high quality of the management team. We also predicted there would be strong demand for its products as the Czech Republic came out of recession at the end of the 1990s and there was an influx of multi-national retail companies into the region, as well as global consolidation in the commercial printing industry.”

The factors behind the company’s growth lie in the improvement of its financial and operational performance through investment in new equipment and technology, as well as restructuring the company through selling non-core assets. Svoboda also increased its export client base to a position where now it accounts for almost 30% of net production.

Argus’ previous exit came in 2005. In December it sold its 21% stake in Aster City Cable, a Polish cable television and broadband operators, to Hicks, Muse, Tate & Furst for an undisclosed amount. Its other realisation came in 2004 through the sale of FiberNet, a Hungarian cable television company, to Warburg Pincus for €57m.

It has also completed three refinancings of portfolio companies: Palace Cinemas, a cinema operator in the Czech Republic, Hungary and Slovakia, in 2003, and Svoboda in 2004.

Argus’ first fund closed in September 2000 on €135m, and has since invested in 10 companies across Central and Eastern Europe.