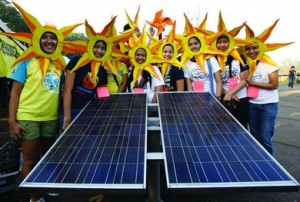 “Asia is quite like Europe,” says Vincent Chan, president of the Hong Kong Venture Capital and Private Equity Association and founder of investment firm Spring Capital Asia. “It is made up of around 15 major countries, each with their own distinct identities. That makes it hard to create a pan-Asia growth fund.”

Summarising the characteristics of the venture capital environment across Asia, Chan points to China and India as the countries where vc investment is largely attracted to companies active in their domestic economies, whereas in South Korea (a ‘medium sized’ market from a vc point of view, according to Chan) alongside the ‘small’ markets of Taiwan, Singapore and Hong Kong, export-driven business are more appropriate, at least for Chan.

He aims to raise up to US$180m to invest in mainland China, focusing on industries such as education, resources, clean technology and healthcare, with an ambition to achieve 30 per cent returns.

Clean technology across Asia has enjoyed a remarkable upswing in recent months, with billions of dollars flowing into the sector from governments and private investors. Japan’s Sharp Corp for example is locked in a battle with China’s Suntech Power and Germany’s Q-Cells for dominance in the solar energy market, the Thai government has announced that it aims to become a net exporter of green energy, including biodiesel, biomass, wind and solar power, and Japan has committed itself to a US$1.93bn investment in clean technology, alongside the US and UK governments.

Each of these initiatives will open doors to venture capital investments, as start ups and early stage companies with smart green ideas will be able to call on matching funding from governments as a means of attracting vc interest. A small irony of this burst of funding is that the West has complained in recent years of how the soaring growth of India and China has added to climate change. If some of the most promising solutions to the problem were to emerge from Asia, it could help assuage such criticism.

Plunging stock market valuations for financial services companies across the region have prompted renewed interest from a number of investors, looking to capitalise on undervalued assets. Singapore’s state investment company Temasek announced plans in early October 2008 to use the proceeds from the sale of an Indonesian bank to make a series of investments in the Asian financial sector, partly in collaboration with SBI Holdings, a Japanese venture capital firm. Among Temasek’s targets could be some of the Asian assets of General Electric, whose consumer finance unit was recently sold to Japan’s Shinsei Bank. GE has commented on its aim to reduce the operations of GE Capital.

For some venture capitalists, it is not so much the lack of funding that is limiting opportunities, but a lack of talent. Vincent Chan at Spring Capital Asia argues: “A lack of talent and entrepreneurship in Hong Kong has reduced the number of quality start-up firms, meaning fewer investment opportunities.” He advises investors to treat Hong Kong as a platform from which to raise funds and then look to mainland China for start-ups in which to place their funds.

Chan has noticed that in contrast to previous years, venture capital investors into mainland China now take a direct route, typically forming a joint venture with a local company, whereas in the past they would invest via vehicles based in Singapore or Hong Kong.

A similar dearth of talent has been noted in India’s US$64bn information technology and outsourcing industry. The country’s IT industry organisation Nasscom recently surveyed the sector’s employment environment and found that only around 25% of the country’s estimated 500,000 annual engineering graduates are suitable for employment. There are around 7,000 PhD graduates each year in science, engineering and technology, which some major employers argue is too few. Microsoft India reportedly said that the shortage of computer science PhDs could threaten the country’s role as an outsourcing hub.

However, research from KPMG has found that the credit crunch has affected companies from developed countries more severely than it has Indian ones, based on figures for in- and outbound M&A. While inbound M&A deals totalled 148 in the first half of 2007, they dropped to 105 in the second half, while outbound deals remained almost constant.

“The ability of emerging economies’ trade buyers, especially those in India, to remain resilient in the post-credit-crunch fall-out is commendable,” according to Ian Gomes, chair of KPMG’s new and emerging markets practice. He notes that Indian companies have kept their borrowings down, with debt finance now typically accounting for 35% of acquisitions. “Indian firms are sensibly exploiting the hesitancy of other buyers and the weakening dollar to pursue growth,” says Gomes.

Inbound Indian M&A transactions have also been running at record levels in recent years, with the country now overtaking China as the most popular destination for private equity investment in emerging economies, according to figures from M&A advisory company IndusView. “India continues to enjoy a favourable investment flavour among investors due to liberal economic initiatives on the part of the government, compared to China which is much more regulated,” says Bundeep Singh Rangar, IndusView chairman.