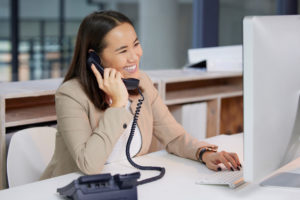 As private market valuations lag public markets by several months, many LPs are bracing themselves for the next round of marks due in the coming weeks. This reflects itself in data from the Backstop Solutions survey, as respondents said they spend 35 hours a week interacting with LPs – with 13 hours being unplanned.

“In tough times, allocators will often tell GPs that is when they have to communicate the most, and they need to communicate early and often. Fund managers can be looked at as drivers who know what’s coming along before a passenger does. LPs are asking to be treated as a passenger,” said Maryling Yu, the chief marketing officer of Backstop Solutions.

Yu said that some frequent topics of unplanned interactions include LPs wanting information on a deal pipeline or an upcoming capital call. “Those types of calls have to be fielded by an IR team on the spot,” Yu Said.

The survey also found that GPs are also spending an average of seven hours a week looking for LPs who are making allocations. In recent months, the denominator effect and “LP fatigue” has made the fundraising environment difficult compared with past years.

“That has been a big pain point. They spend a lot of time reaching out to allocations and finding out they are already tapped out,” Yu said.

Nearly 60 percent of respondents said they wore two hats and focused on fundraising and retention alike, the survey said.

Respondents on average also said they spent 10 hours a week sourcing deals, according to the survey.

“They are raising funds. They are servicing investors all the time and constantly fielding impromptu questions. And they are also assisting with deal flow,” Yu said.